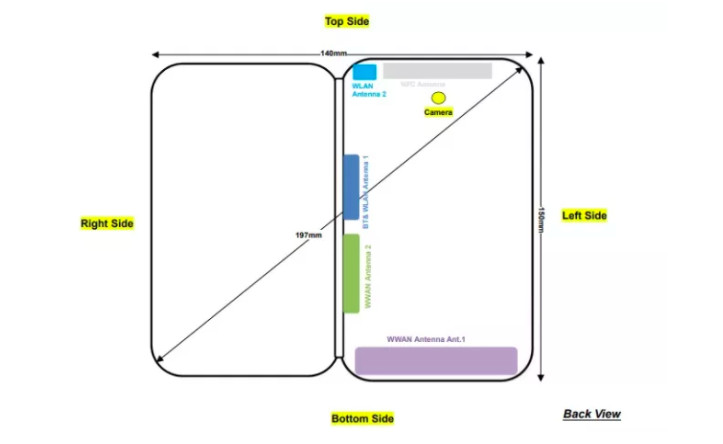 While this has certainly been an excellent year when it comes to smartphones, it isn't over yet, and we might get a something quite different from the pack this year from ZTE.

According to a Federal Communications Commission (FCC) listing, the firm is developing a smartphone with a dual-display on a folding hinge. Although the listing did appear on the FCC's website, there doesn't seem to be any real pictures of the phone or a rundown of its specifications. The only thing that gives us a clue about how it works is the image above, showing off the clamshell design and the placement of various antennas.

In a previous report, the Axon M, then known as the Axon Multy, was said to have dual 1080p displays that would combine to form a 6.8-inch screen that will look seamless. The handset would also be exclusively offered by AT&T and would measure in at under 10mm thick. As for its other specifications, it will reportedly arrive with a Qualcomm Snapdragon 820 processor, 4GB RAM, and with 32GB of internal storage. The camera on the rear will offer a 20MP sensor, with the whole device being powered by a 3,120mAh battery.

If the previous rumors are true, we shouldn't have to wait long for this handset to appear, as it is slated for a mid-October release.