Windows 10 is a hit. The Surface Pro line is finally getting some serious traction. Consumers are starting to see Microsoft's offerings as viable "consumption" platforms...

...that is until they actually try to buy stuff.

The Apple and Android stores provide consumers with a rich experience that guides them to getting a movie or a TV show or a song they want. The Microsoft store? Not so much.

Let's say you want to check out Rick & Morty (who doesn't?). Here's what you get on the Microsoft store: 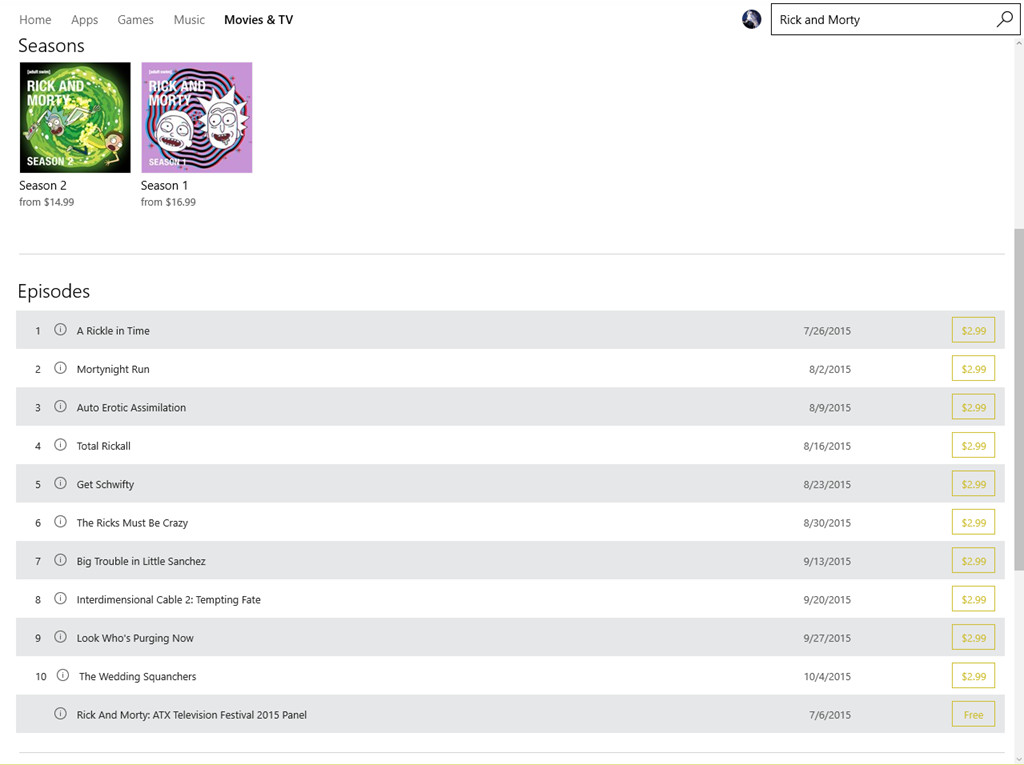 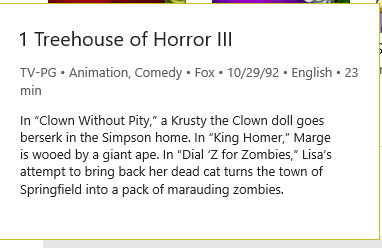 A barely formatted tooltip. No preview. No reviews. Nothing to guide you. If you're looking for a good movie to watch same thing. No user reviews (they recently added rotten tomatoes at least).

If a user experience could ever be described as "phoned in" this would be it.

Below to the right is what Apple has when you drill down on an episode. 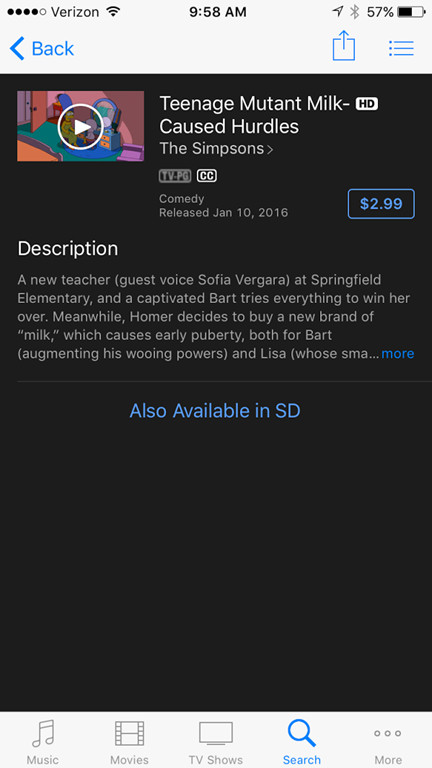 It is also remarkably convoluted on how to even get to the various top charts. You'd think something like Top-selling movies and Top rentals would be more than a link on the home page of Movies & TV.

On the Apple equivalent, Featured and Charts are permanently displayed at the top of the app with a star rating next to each movie at a glance. Not so with the Microsoft store where finding any sort of rating requires the user click down into the details of each movie to get the Rotten tomatoes version.

Microsoft seems to be getting back into the game. Their work on Windows 10, Surface Pro, Xbox One shows that at least some parts of the company are passionate and know what they're doing. On the other hand, the Windows store experience feels so phoned in that it is shocking that they have allowed it to continue on like this.