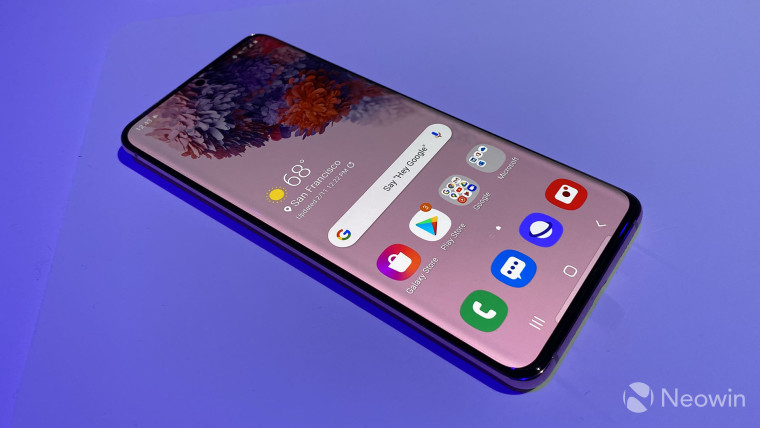 Samsung's Galaxy S20 lineup is all set to go on sale in major markets across the globe from later this week. As of now, the Galaxy S20 is easily the best flagship smartphone lineup in the market but that does not mean the phone is worth your money. Yes, 5G, 120Hz display, bigger batteries, and bigger camera sensors do make the Galaxy S20 a tempting upgrade. But as it is with any product, there are a lot of things that you need to be aware of that might make the upgrade to the S20 not so tempting.

If you own the Galaxy S10 and are looking to upgrade to the Galaxy S20, you should seriously reconsider your decision. The Galaxy S10 still has a great display, performance, and battery life. The UI/UX differences between the S10 and S20 lineup are also minor.

The Galaxy S20 does come with better cameras but the difference is not night and day that Samsung makes out to be. The Galaxy S10 has a very versatile camera setup that can still hold its own in front of the likes of the Galaxy S20, iPhone 11 Pro, and other flagship smartphones. And if you don't own the Galaxy S10 and were considering buying the Galaxy S20, you could consider buying the former especially now that its price has gone down even more. Plus, Samsung also intends to bring some of the Galaxy S20 features to the S10 via a future software update.

What's even worse is that by default, Samsung ships the Galaxy S20 lineup with the display refresh rate set to 60Hz. Advanced users can very well go and change this setting, but the vast majority of S20 owners are likely going to remain oblivious to this option. Another major issue with the S20's 120Hz display is the hit to the battery life. On the Galaxy S20 Ultra on average, you are looking at around a 30% hit to battery life with the 120Hz mode activated which is a lot.

5G networks are not ready

Samsung is heavily marketing the inclusion of 5G as a major selling point for the Galaxy S20 series. However, 5G networks are still in nascent stages. Only a handful of carriers across the globe have launched 5G networks and even then, their coverage is spotty at best. Don't be fooled by the gigabit+ download speeds that you see in some random screenshots on social media. While 5G does promise that kind of speed, right now, you are only going to get it at a specific spot near a specific kind (mmWave) of 5G tower. Move away from that spot or look somewhere else and that speed will go down as well. Oh, and the regular Galaxy S20 does not support mmWave 5G so you are not going to get those kinda speeds on it.

T-Mobile and selected carriers have launched 5G on the 600MHz band, but this band is good enough to cover a wider area and not deliver the kind of speeds that 5G promises. On a sub-6GHz 5G network, you are going to get speeds that are just about faster than regular LTE networks. And to complicate matters even more, the Galaxy S20's X55 5G modem from Qualcomm can only connect to either sub-6GHz or mmWave band at any given time.

There's also the fact that 5G takes an additional toll on battery life. Yes, Samsung has equipped the Galaxy S20 series with bigger batteries but the power drain has also increased due to the combination of a high refresh rate display and 5G.

Samsung had a 5.8-inch Galaxy S10e last year but its successor is nowhere to be found this year. Instead, the 6.2-inch Galaxy S20 is the smallest of the lot. While it is relatively compact compared to its other siblings, it does not support mmWave 5G and does not pack as big a battery. While Samsung has managed to further reduce the bezel size, there's no denying the fact that the Galaxy S20 is a big phone. This alone is going to be a deal-breaker for many. Android smartphones are getting way to big to be used comfortably as a daily driver and the Galaxy S20 series is the prime example of that.

Maybe you care about 5G, maybe the increase in size does not bother you. But the higher price tag of the Galaxy S20 definitely will. The S20 lineup now starts from $999 -- that's the price one had to pay for the S10+ last year. For $999, you are going to get the 6.2-inch Galaxy S20 which does not even have support for mmWave 5G. The Galaxy S20+ costs $1,199 and the S20 Ultra is even more expensive at $1,399. That's a lot of money for smartphones that have been promised only two major Android OS updates and still come with bloatware.

The smartphone market is now filled with flagship killers that offer almost all the features the Galaxy S20 lineup offers while still being almost one-third cheaper than them. Xiaomi's Mi 10 Pro and Realme's X50 Pro 5G are the perfect example of this. The OnePlus 8 series is also due to launch soon and when it does, it will make the Galaxy S20 lineup look even more expensive.

Are you still going to buy the Galaxy S20? If so, why? Share your thoughts with us in the comments section below!