Acer's Aspire R 13 was first unveiled a year ago - almost to the day - and it was refreshed earlier this year with upgraded 'Broadwell' processors. Today, the company announced another updated version of the distinctive convertible notebook.

The latest version of the R 13 gets Intel's new 'Skylake'-generation Intel Core i5 and i7 processors, as well as new high-speed USB 3.1 ports with reversible Type-C connectors. Its Precision Touchpad has also been upgraded, with support for new three- and four-finger touchpad gestures in Windows 10, which now comes pre-installed on the device.

The R 13's standout feature is, of course, its unusual display configuration. The screen is attached to a hinge mounted along the mid-point of its left and right edges, rather than a more conventional hinge that connects the keyboard portion directly to the base of the screen. 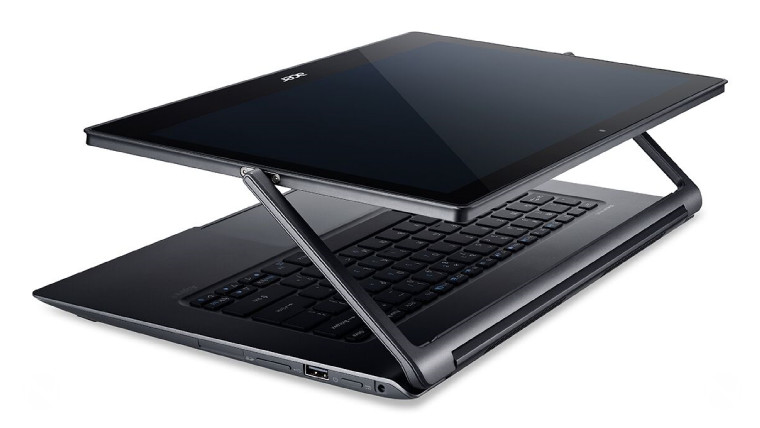 This allows the machine to be used as a notebook with a highly adjustable display; or alternatively, the screen can be folded flat, display-side-up, turning the device into a gigantic tablet - but it's a slightly different arrangement to that used by the more familiar Lenovo Yoga series.

The Aspire R 13 will go on sale in North America next month, priced from $899; and in Europe, the Middle East and Africa priced from €1,099.