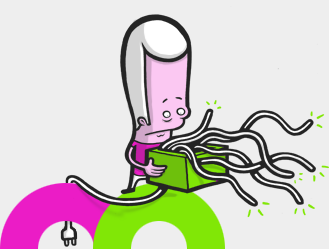 If you're familiar with Last.fm, you'll know how it works. The service tracks your plays of an artist, recording them to your profile, and uses its technologies to find you new artists similar to your tastes. It can work with a surprising amount of success, and similar thought processes brought us Wakoopa.

For those who may not know what Wakoopa was, it was a piece of software you could install that would then track the time you spent using a piece of software. You could use this to find new software you might like, or generally to see how you stack up against people globally. The service launched in 2006 with the goal of being the "Last.fm for software". In the first few weeks, 17,000 users had signed up and the process seemed to be going swimmingly.

Six years after its launch, Wakoopa is killing its social side off. 2010 marked a significant year for the team, for they began to focus on corporate research. It is in this direction the company is deciding to move all of its assets. Products such as Trailspot and QD were the work of the Wakoopa team, and the new direction proved to be a success for them and more clients appeared expressing interest. More innovation in the corporate environment was their goal, and now it takes up a considerable amount of their time.

The team began to lower the priority of the social side of the site as they concentrated assets upon the corporate environment, though they said they did not want to shut it down for some users were still enjoying its possibilities. They observed that the platform they had worked upon was deteriorating and numbers were declining, so killing off the social side of Wakoopa was the conclusion they agreed to come to.

The Wakoopa software, understandably, was not something everyone installed. After all, how did it track your software usage? Ultimately it was harmless though and it would make sense for some people to back away from installing the program after consideration.

It will be quite sad to see Wakoopa closing since there does not appear to be another service to take its place as the Last.fm of software. Raptr could be considered the Last.fm of gaming, though Steam has a built in time-tracker of its own that can accomplish some of the same functions for games it supports.

The Wakoopa team's farewell blog brings forth the possibility of future consumer items, though with more of an emphasis on the research market. Anyone who used Wakoopa regularly or has questions is invited to contact the team via social@wakoopa.com, as Wouter Broekhof, founder and CTO of the company, writes in the open letter.