Remedy Entertainment Ltd today announced that popular Xbox 360 title Alan Wake will finally arrive on PCs via Steam on February 16th and then a short time afterwards on other digital download services.

There is good news for those who prefer popping down the shops to get their games, Remedy also let us know that the game will also be released in a boxed retail version of the game in the near future. 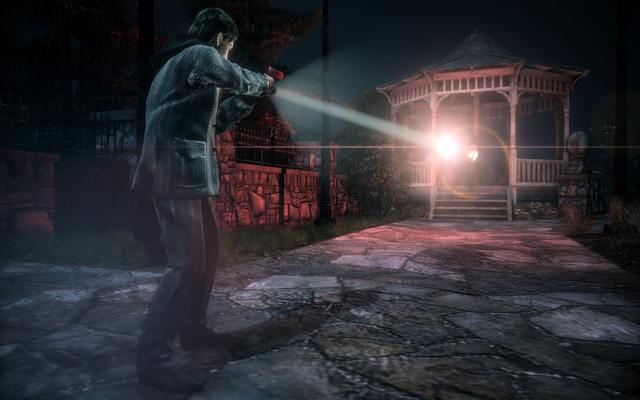 Steam pricing for the game has been confirmed as $29.99 for the basic game and all of downloadable content that the Xbox 360 version has had since launch, while a Limited Collectors Edition version will be priced at $34.99

The PC version of the game will see a number of improvements over the original Xbox 360 title. The main boost will be in the form of a much higher range of high definition resolutions being available, while it will also feature Stereoscopic 3D thanks to nVidia and have support for multiscreen options via AMD’s Eyefinity 3D 3-screen mode.

Markus Mäki, CTO at Remedy said, “We’ve done our best to do justice to the PC version and do things the way they should be done for PC. The PC version looks absolutely beautiful. We’re bringing the game to life in a whole new way,” says

Pleasingly there will also be support for mouse and keyboard controls rather than just gamepad play; they will feature alongside other tweaks such as FOV (Field of View) adjustments and an option to hide the in-game HUD.

A full list of PC enhancements can be seen below: