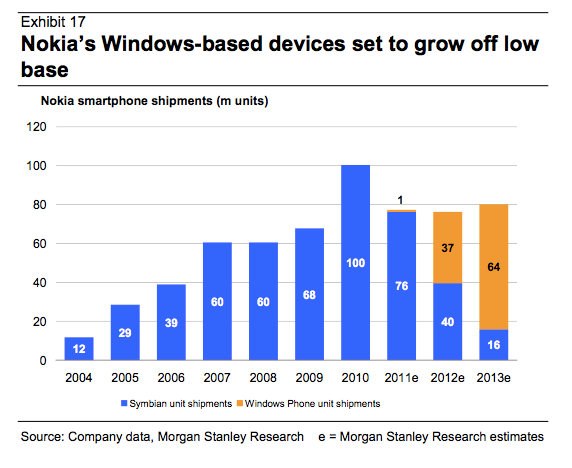 Nokia and Microsoft obviously want lots of people to purchase the Windows Phone-based Lumia line of smartphones. Now a new analyst note seems to be predicting good things for the collaboration. As reported by AllThingsD.com, Morgan Stanley predicts that Nokia could ship 37 million of those Windows Phone-based devices in 2012. That number will increase to 64 million units in 2013.

That would be a huge improvement for Windows Phone as a whole, considering that its current market share percentage among smartphone operating system is in the single digits.

Those numbers don't include Windows Phone-based devices made by other companies, primarily Samsung.  If Morgan Stanley is correct, then Windows Phone could be a much bigger competitor to Apple's iOS and Google's Android.