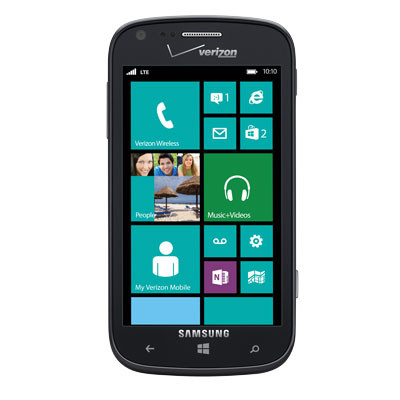 Samsung would seem to be a solid supporter of Microsoft's Windows Phone efforts. Samsung has released smartphones for all versions of Windows Phone, most recently releasing a Windows Phone 8 device with the ATIV S in Europe and Canada and the ATIV Odyssey in the U.S.

But is there more to Samsung's Windows Phone hardware strategy than meets the eye? AllThingsD.com reports that, according to a note today by Detwiler Fenton analyst Jeff Johnston, Samsung has made no effort to boost sales of the ATIV Odyssey in the U.S., which is being sold exclusively by Verizon.

While a case could be made that Samsung simply has smartphones it would rather sell, such as the Galaxy S and Galaxy Note series, Johnson has another theory:

Our checks indicate that Samsung may be intentionally gobbling up Microsoft’s smartphone resources as a strategic move to impede the adoption of Windows Phone 8. While Samsung insists on receiving extensive engineering support (which they are getting) from Microsoft, there is no evidence that Samsung has any interest in seeing the Windows Phone platform succeed.

So basically, Johnson says that Samsung is deliberating wasting Microsoft's time, money and efforts in helping Samsung launch a Windows Phone device while Samsung is doing nothing of note itself. The article speculates that Samsung will try to launch smartphones running its own OS, Tizen, that would compete with iOS, Android, Windows Phone and BlackBerry.

Samsung has shown it can sell smartphones with its own UI over that of Android with its Galaxy series. Will it take the next step and do away with Android altogether and in so doing take Microsoft's Windows Phone down for the count? We don't think so. Samsung has always been something of a third string Windows Phone maker, well behind that of Nokia and HTC.

Microsoft has put far more promotional efforts in trying to sell HTC and Nokia smartphones. If Samsung suddenly pulled out of its Windows Phone support (as LG previously did), we doubt it would get much notice from Microsoft.