BlackBerry is gearing up for a big consumer launch of its BlackBerry Z10 smartphone later this month in the US, after previously launching in Canada and parts of Europe. Today, the company announced that it has received the largest single order of its smartphones in BlackBerry's history. 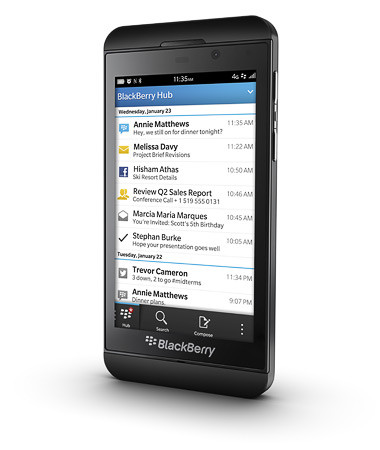 The post on BlackBerry's blog did not name the "partner" who bought all those smartphones, but Rick Costanzo, the EVP of Global Sales for BlackBerry, was clearly happy to sell all those phones at once, saying, "An order for one million devices is a tremendous vote of confidence in BlackBerry 10." Shares in BlackBerry stock went up eight percent after the news was announced today.

Meanwhile the US launch of the touchscreen-based BlackBerry Z10 is starting to ramp up. AT&T is now taking pre-orders for its version of the phone, with a $199.99 price and a launch date of March 22nd. Today, Verizon Wireless confirmed it would also be selling the BlackBerry Z10, with pre-orders starting on Thursday and its official Verizon launch on March 28th.

As we have reported before, the BlackBerry Q10, with its physical QWERTY keyboard, won't go on sale until sometime later in 2013.