As expected, at a press conference this morning Vodafone officially announced their first smartphone to run Google's Android mobile operating system. The device, manufactured by HTC, will be available in Europe from the spring.

The HTC Magic phone will be exclusively available on Vodafone in the UK, Spain, Germany and France (through Vodafone's SFR network) and non-exclusively in Italy, with more countries expected to be announced later. On some price plans the Magic will be available for free, although full details of availability and pricing have yet to be revealed.

Available in black or white depending on your location, the HTC Magic features a 3.2 inch QVCA touch screen along with a trackball and other navigation buttons. Users will be able to access the ever-expanding Android Market to download applications to their device, complimenting the default Google Mail, Search, Maps and Talk applications that are installed on each device along with a Webkit powered browser. For a full list of features and specifications visit Vodafone's UK site, where you can also register for updates.

"The HTC Magic embodies the compact style and sophistication for which HTC has come to be known, with the powerful and intuitive internet experience for which the Android platform was designed," said Peter Chou, president and CEO of HTC Corporation. "We are proud of our partnership with Vodafone and excited about making the Android-powered HTC Magic available to Vodafone customers in Europe."

This is good news for Vodafone as they have managed to get the exclusivity of this device ahead of their rival, and the seller of the original G1 phone, T-Mobile. It is a good device to have in their range as they look to match the success of the iPhone, G1, and other popular smartphone devices on rival networks. 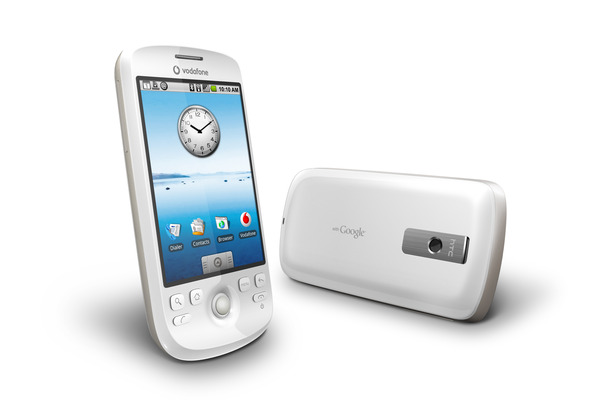