Last week, Rovio released Angry Birds 2, the mainstream sequel to its massively popular franchise that started off with the original Angry Birds. While many had reason to believe that the latest installment in the series might not be as great as the original, statistics revealed by Rovio prove them to be wrong. The company has just announced that Angry Birds 2 has been downloaded over 20 million times across Android, iPad and iPhone, since its release on July 30. 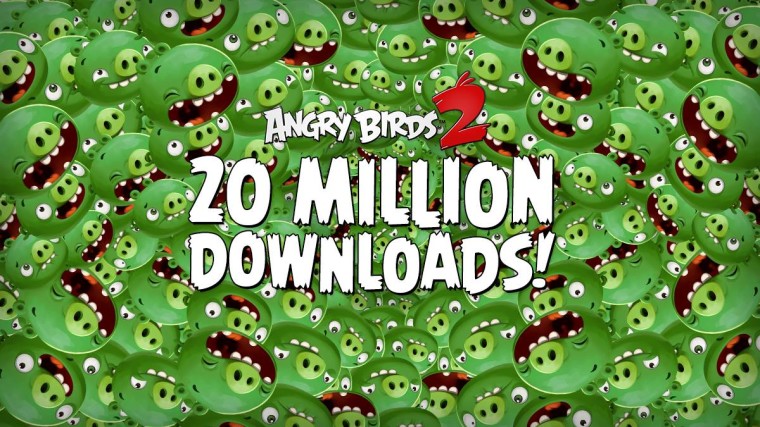 When we were developing and testing Angry Birds 2, we had good reason to believe we were on to a good thing, but the enormous groundswell of enthusiasm for the game from loyal fans and casual newcomers alike has been humbling. It took the first Angry Birds game more than 9 months to reach this many players, and we thank all our fans for growing the flock so quickly!

Other interesting milestones achieved by the game include:

While Angry Birds 2 has been a critical success in markets such as America and Europe, Rovio hopes to accomplish the same in China. Chief Commercial Officer Alex Lambeek states:

A new generation of Chinese gamers are getting to know the angry feathered flock, and we see a bright future together with Kunlun, one of the Chinese game industry’s largest and most important players.

It is also noteworthy that while the game isn't available on Windows devices yet, Rovio executives say that there is a potential chance that we might see a launch on the particular platform. With that being said, the statement isn't definitive and is susceptible to change.

You can download Angry Birds 2 for free (in-app purchases) on Android and iOS where it has garnered a respectable 4.5 star and 4 star rating respectively.