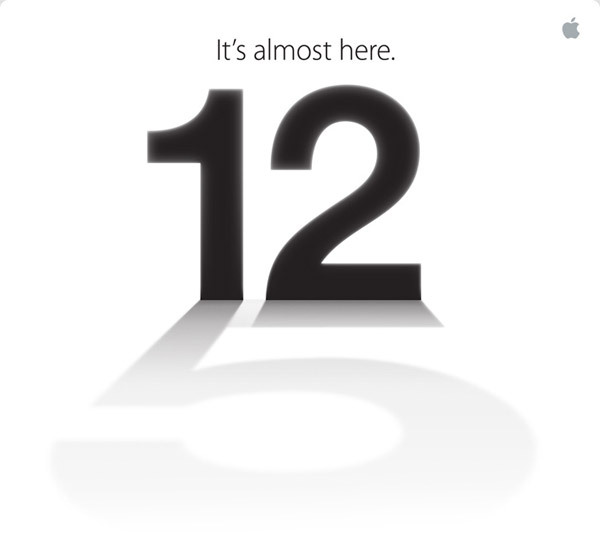 Apple has just sent out out press invites for a September 12th event that has the number 5 in the shadow of the date. While the invite does not specifically state that the iPhone 5 will be announced, considering the dozens of leaks leading up to the event, it's all but certain.

The press event is a little over a week away and the company will likely announce the next iPhone but according to previous rumors, it will not include the new iPad mini.

We don't have long to go until the event and will likely here more from "inside" sources before the launch but until then, we have a Nokia event to look forward to tomorrow and an Amazon event later in the month.