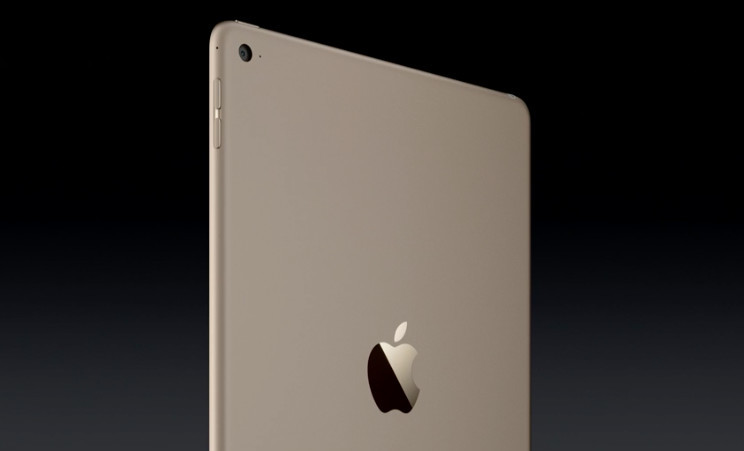 Apple took the stage today at its headquarters in Cupertino where it has announced the next iteration of its iPad Air, the Air 2. The updated tablet brings with it improved specs that will make it faster than the previous generation and also introduces TouchID.

Apple has made the tablet even thinner than the iPad Air; the tablet is 6.1 mm thick which means it is 18% thinner. As expected, the tablet now comes in gold too.

Powering the device is the A8X that is 64-bit which is said to be 40x faster and have 2.5x the GPU performance. Battery life will be 10 hours and the usual senors are included too.

The camera has been updated with an 8Mp sensor at F/2.4 aperture and 1080P video recording. It allows you to do all of the same capture functions as the iPhone like slow-motion capture, time-lapse and panoramic images.

802.11AC with MIMO for Wi-Fi which will allow for faster connection speeds and LTE bands have been updated too.

For those not familiar, TouchID is the fingerprint sensor that Apple has been incorporating in to all of its product. The sensor replaces the 'Home' button that was on the previous iPad AIr and by placing your finger on the button, it scans your fingerprint to unlock the device.

Pre-orders start tomorrow and will start shipping next week.