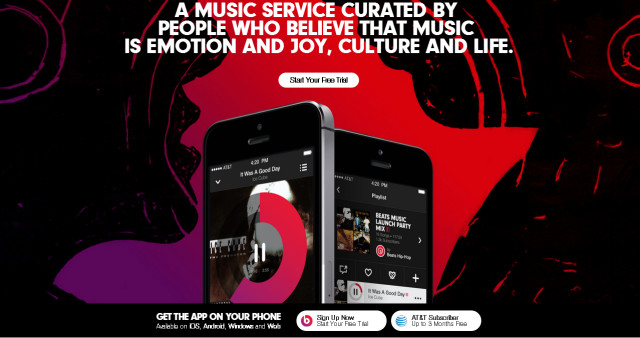 Well folks it looks like Apple are already making changes to the Beats franchise, adjusting the "Beats Music" streaming service just days after the $3 billion acquisition. From the mouth of Tim Cook (CEO) himself, Apple will keep the official apps available on Android and Windows Phone; Mr. Cook claimed "it's all about the music" earlier this week.

For the iOS market, the app has been updated extending the trial period to two weeks. Previously users were forced to decide whether to payout for the subscription after just seven days. It might be worth noting rival Spotify offers a 30 day free trial, which could be another reason for the change.

In addition to the longer trial, the annual subscription fee for Beats Music has been reduced from $120 to $100. This could be slightly more attractive for the end consumer. As to how much rebranding occurs now Cook holds the throne, may also sway the users decision to side with the company.

So far we've seen positive signs from Apple's head boss, due to his extensive praise for Beats and its stylish user interface. We would like to think that the company isn't set to on 'tearing up the floorboards' quite yet, so we wouldn't recommend jumping ship at this stage.

To date, the music streaming service has shown a reasonably small fanbase compared to its rivals. Perhaps the price reduction along with an extended trial period could draw in some more users, who may not have previously considered Beats as an option.