Every second Tuesday of the month, Microsoft releases security bulletins for its various software products in an event that has been popularity known as "Patch Tuesday." However, it has been hard for IT administrators to keep up with all of the bulletins Microsoft releases. This week, the company began offering a new website service designed specifically to make it easier for IT admins to monitor which security bulletins they need to download and install on their PCs. 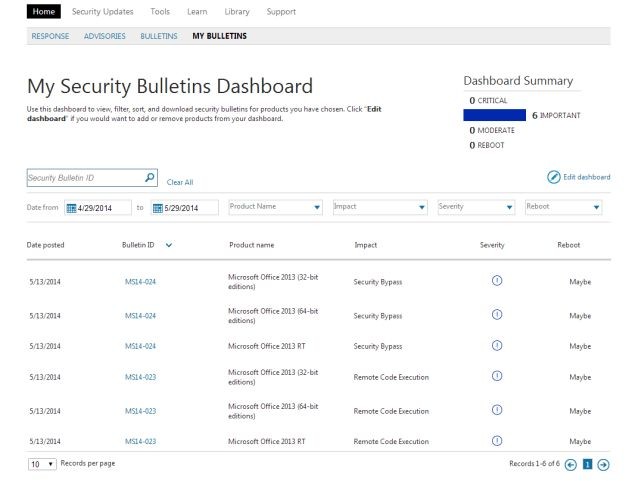 As revealed in a blog post, the service is called myBulletins and it's accessible by signing in with any Microsoft account. Once that's done, IT admins, or anyone else who is interested in keeping up with Microsoft's security patches, can customize the dashboard by selecting which Microsoft software products they want to monitor for current bulletins.

The online service prioritizes security bulletin deployment by release date, severity, and reboot requirements to aid in decision making. The service provides a dynamic list in a customizable dashboard that can be edited at any time, as well as downloaded to a Microsoft Excel report.

In theory, this should allow IT workers to have a customized profile for the security patches they need to monitor each month, rather than scan through a list of updates that include software that are not relevant to their business or organization.