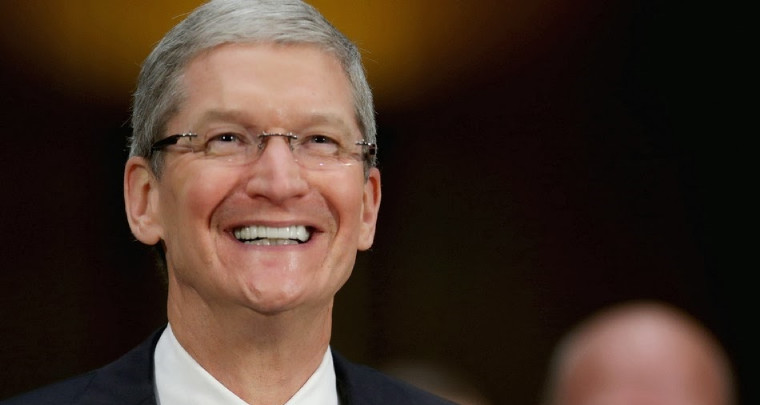 Apple’s share’s price has reached a new all-time high today, as the company’s valuation peaked just shy of $720 billion. The investors’ renewed excitement for the company seems to be based on a rosy outlook in Asian markets for this year.

Apple’s stock peaked at $136.74 before closing at $136.70, a new record for the company which has been an investor darling since the launch of the original iPhone. Positive financial forecasts for the rest of the year, mainly based on the rumored launch of anywhere between one and three new iPhones in the second half of 2017, have pushed the stock price higher than ever before. Apple is expected to unveil an anniversary edition iPhone model in the fall, packed full with new technology, like a borderless AMOLED screen, and a depth-sensing front-facing camera. 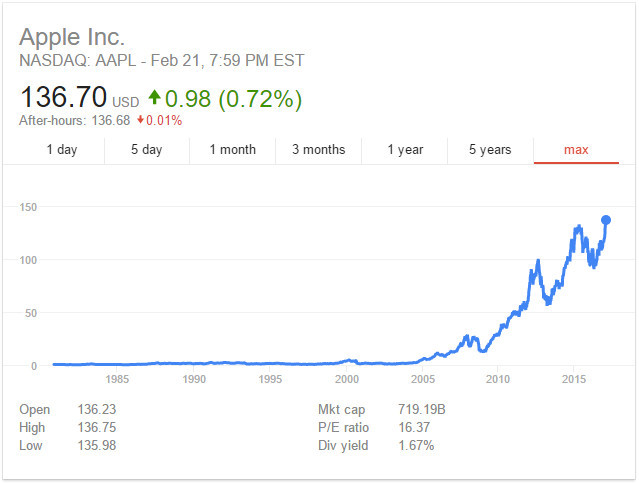 But new technology isn’t the only thing driving markets in Apple’s favor. A note from Morgan Stanley analyst Katy Huberty bumped the company’s expected stock price up to $154 from an earlier $150 estimate. The note, credited in part for the company’s recent streak of stock market success, says that Apple’s sales decline in China have been perhaps exaggerated, and that the company is well positioned to take the Chinese market by storm later this year. The note suggests that one in five Chinese customers of local brands could switch to an iPhone, signaling a potentially gigantic win for the Cupertino-based company.

However, the analysts’ optimism is in stark contrast with earlier market research from Canalys and IDC. The two independent market observers noted strong sales declines for Apple in China, where the company is facing very heavy competition from local brands. IDC’s analysis places Apple fourth in sales, behind local companies. Meanwhile, market analysis firm Kantar Worldpanel saw Apple's Chinese market share plummet year over year, from 27.1% in 2015 down to 19.1% in the last quarter of 2016. Apple itself pointed to an 8% decline in China sales, in its most recent financial results.

Apple’s impressive growth and record setting stock price and market capitalization are indeed impressive, but we’ll have to wait and see if the company manages a similarly strong performance in the quarters ahead.