At today's Apple event, the company unveiled the much anticipated iPhone SE and a new 'regular size' iPad Pro, but no new Apple Watch, in case you were hoping for it. Instead, the company is looking to make it a bit more attractive for potential customers and offer more accessories for those who already own one.

The Cupertino giant has announced a lower starting price of $299 for the Apple Watch. If you've been waiting to buy one and were hindered by the price, Apple has just made it a little more affordable. 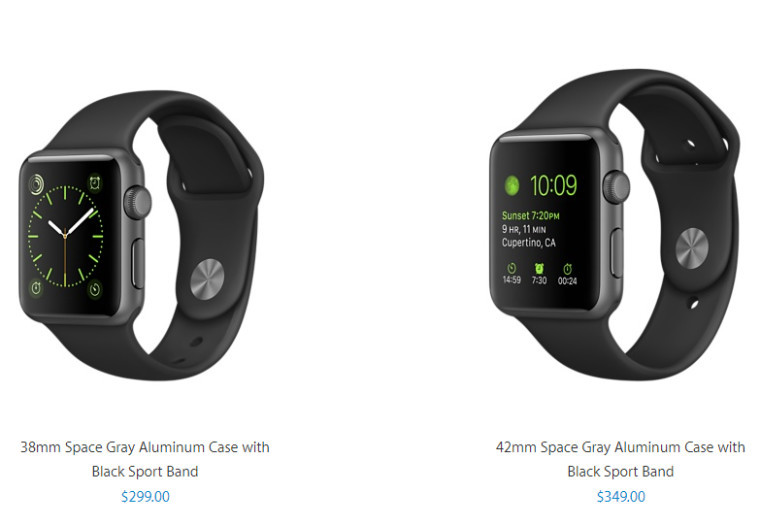 Apple's Tim Cook also showed off a number of new bands for the Apple Watch, as part of a collection dubbed "Spring lineup", which could be a hint that we'll start seeing new bands a bit more often, possibly on a seasonal basis. The "Spring lineup" extends the number of colors for the fluoroelastomer and leather bands, and if you're an owner of the Space Black version of Apple Watch, there's now an official Space Black Milanese Loop for you.

Perhaps the most interesting addition is a new woven nylon band that features a "unique four layer construction" and will be available in seven colors. According to Cook, one third of Apple Watch owners regularly switch out their bands.

In Apple stores, the Sport bands cost $49, and more exotic options like the Milanese Loop set you back $149, not to mention the Link Bracelet, which starts at $449. However, if you choose to buy from third parties, there are lots of options that are much cheaper than that.

The company claims the Apple Watch is the "number one, top-selling smartwatch in the world", which may well be true considering the latest numbers from IDC for the wearable device market.

In any case, we'd like to know: do you own an Apple Watch, or are you planning on buying one, considering the new price? Also, what bands do you like the most? Let us know in the comments!