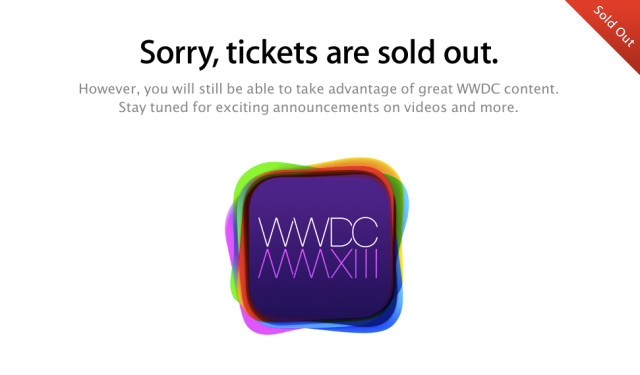 Tickets for Apple's WWDC event, where they are expected to launch the next iPhone, sold out in less than two minutes. Apple put the tickets up at 10 A.M PDT, costing $1,500 for a week's worth of developer-related content.

As developer Will Stratfach notes, WWDC 2013 actually sold out in 1 minute and 40 seconds:

everyone is slightly incorrect, it didn't sell out after two minutes, it sold out after one minute and 40 seconds. trust me, I'd know.

Many developers were annoyed that WWDC tickets sold out so quickly, having not secured places at the event. However, it is estimated that Apple netted $8.9 million from ticket sales, or $89,000 per second.