Apple's online retail stores in the United States and the United Kingdom have started accepting PayPal as a payment option, according to Re/code. In addition to paying outright with PayPal, shoppers can also pay in monthly installments over 18 months with no interest.

Along with accepting PayPal, Apple has also introduced PayPal Credit​, which lets shoppers pay for items over $250 with monthly installments. Apple said it doesn't charge interest and lets shoppers choose to pay over 6, 12, or 24 months. However, shoppers will need to apply for it. 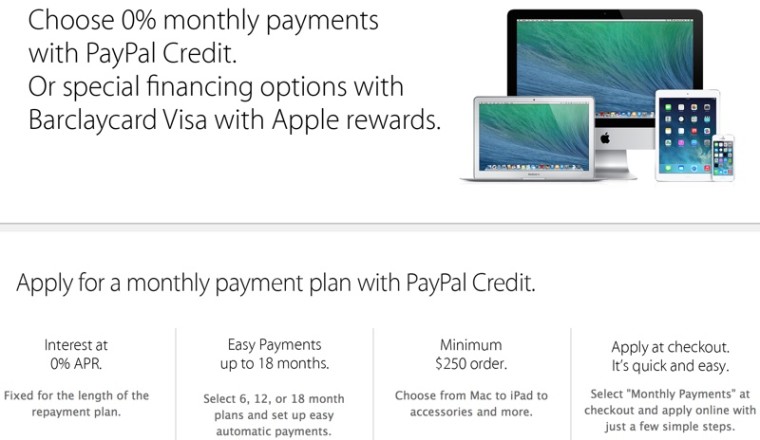 PayPal is set to benefit from the addition with Apple being the second largest online retailer in the United States, according to Internet Retailer.

Relations between Apple and PayPal has been rumored to be rocky recently after PayPal signed a deal with Samsung, which saw PayPal handling payments authorized by the fingerprint sensor on Samsung's Galaxy S5. Apple was in talks with PayPal over Apple Pay at the time.

PayPal also attacked Apple in September during the iCloud hacking scandal when several celebrity accounts were breached and their personal photos were leaked online. Taking out a full page ad in The New York Times, the PayPal ad read "We the people want our money safer than our selfies." 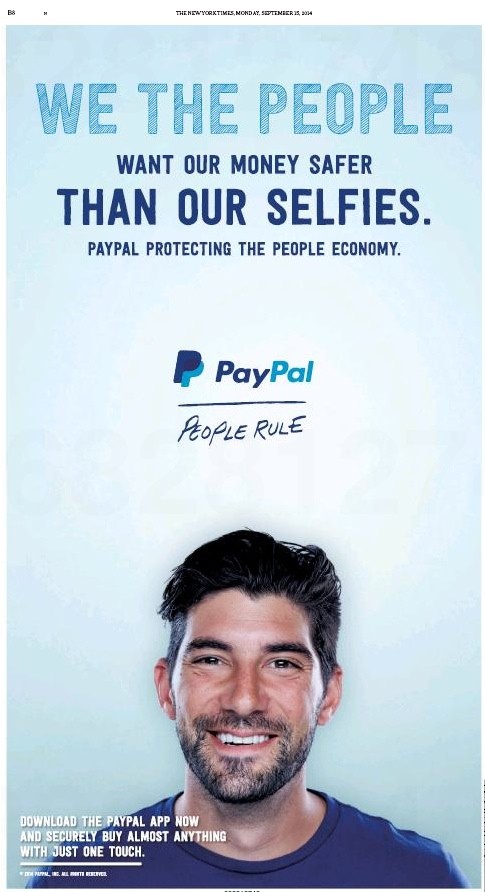 Apple's online stores in the United States and the United Kingdom are the only stores which accept PayPal so far, as stores in other countries are yet to receive the option. iTunes and Apple's App Store already accepts PayPal as a payment option.