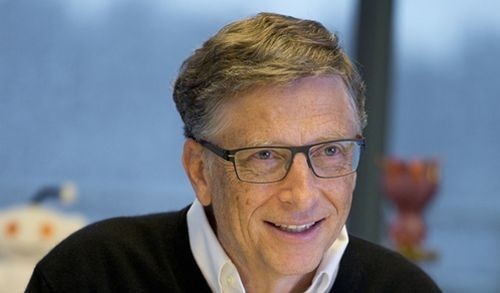 Bill Gates continues his media tour to promote the efforts of the Bill and Melinda Gates Foundation with a new interview on Rolling Stone's website this week, but he also talked about Microsoft and technology related issues, including the recent purchase of WhatsApp by Facebook for $19 billion.

Gates stated that Facebook's decision was proof that "user bases are extremely valuable" and that software products like WhatsApp could be changed to do a number of different things besides sending texts. When the interviewer mentioned that Google was looking into buying WhatsApp, Gates replied, "Yeah, yeah. Microsoft would have been willing to buy it, too. . . . I don't know for $19 billion, but the company's extremely valuable."

Gates also talked about the growing concerns about the general public losing their privacy in the new age where technology connects everyone. He stated that better rules need to be in place that state what kinds of information can be discovered by anyone. Gates said, "If you were in a divorce lawsuit 20 years ago, is that a public document on the Web that a nosy neighbor should be able to pull up with a Bing or Google search?"

Gates doesn't have a lot of admiration for NSA whistleblower Edward Snowden. Gates feels that Snowden broke the law with his actions and that he could have raised the same questions about the U.S. government engaging in mass spying activities in other ways.

In his new role as "technology advisor" to Microsoft CEO Satya Nadella, Gates said, "Satya has asked me to review the product plans and come in and help make some quick decisions and pick some new directions." He admits that the software products that Microsoft made in the 1990s now need "more than a tuneup" in the new cloud-based computer age.