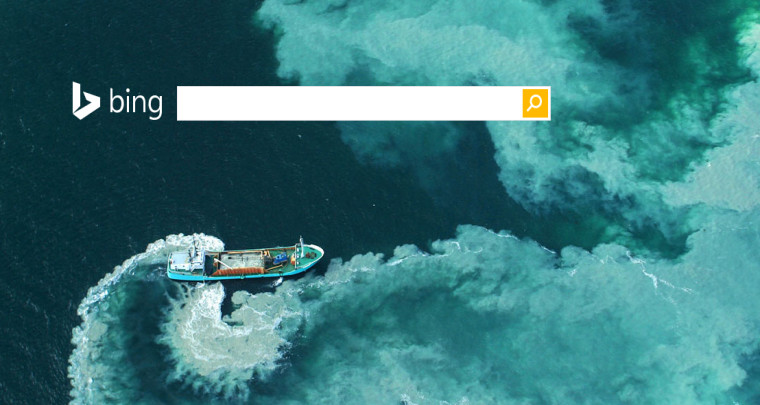 Microsoft has updated Bing image search with some decent changes to improve the overall experience for end users. 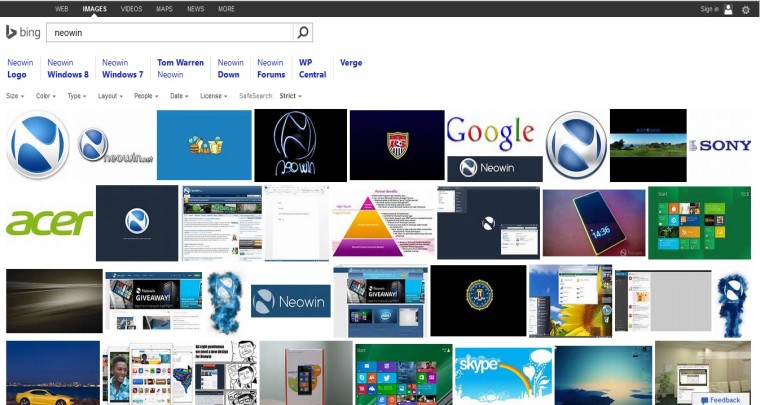 Although Microsoft is busy rebranding Bing apps to MSN, the search engine is getting its set of improvements as it tries to catch up with the competition. Now, the company has overhauled the image search service with a new design which introduces suggestions and actions to the results page.

Users are now shown suggestions of similar search terms according to popularity or trends. These suggestions are pinned at the top while the user scrolls down on the infinite results page. Additionally, Bing search now has actions similar to those on Google image search for filtering out results.

According to Microsoft, the search engine now gives priority to higher quality relevant images. The latest update is part of various planned updates, which the company has in store for Bing over the coming months. 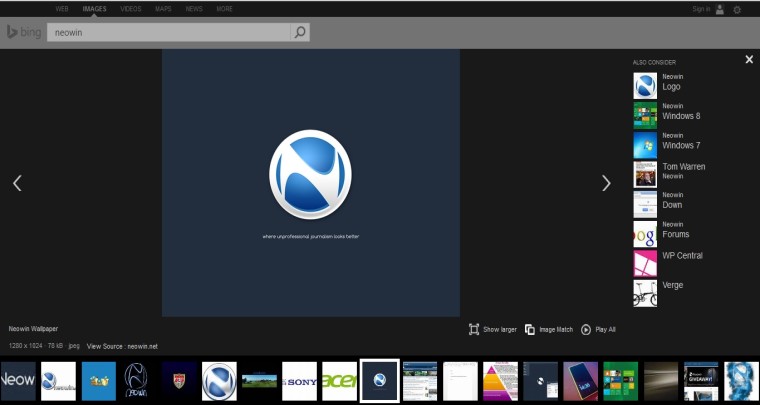 The touch-friendly UI is expected to scale well with various screens, such as tablets or other portable devices. Some of the other touch based features include a swipe-enabled carousel for previewing images on iPad or Windows 8 tablets. Android tablets including Amazon's Kindle Fire series will be able to access these features over the coming weeks.