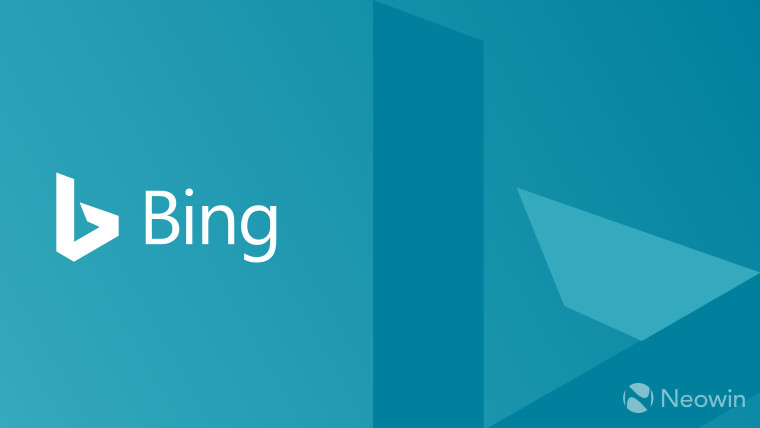 Despite living in the shadow of Google's search engine, Bing gets a fair amount of improvements on a regular basis, and this month, Microsoft is bringing a number of new features to its service. Many of the updates are related to the Visual Search feature introduced back in June, but there are also some enhancements outside of that experience.

Starting with the features related to image searching, Bing is introducing Math Solver, a feature which will provide step-by-step solutions to equations captured through the phone's camera. In addition to presenting solutions, Bing will also present any explanation videos it can find from sources such as Kahn Academy. The feature is now available for iOS and should be coming to Android soon. 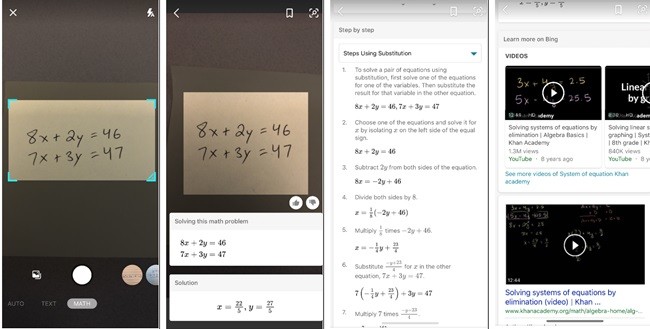 Equations aren't the only kind of text the search engine will be able to read, and thanks to the Text Transcription features, you can also turn any words or sentences captured in a picture into actual text that you can copy, search, or share. You'll be able to select text right inside the image and take actions on it as if it were any other text field. This will be rolling out to iOS devices in the coming weeks, with no apparent plans for it to come to Android as well.

Visual search features on the Bing desktop website are also seeing improvements. You'll now be able to paste, upload, drag-and-drop, or take your own pictures in the search flyout on Bing.com. This includes the ability to drag images from image results you're seeing in the same page, so you can quickly reverse image search without leaving the browser.

Moving away from image searching, Microsoft's search engine is making itself more useful for children going back to school by adding a set of tools to help them learn anything including math, sciences, and languages. These include quizzes on some of the topics as well as step-by-step instructions. You can simply search for "Education on Bing" to get a list of the most popular topics or search for something specific such as the solar system or a fraction calculator.

If you're looking to learn something a little less common, Microsoft is also introducing an experience to help people learn American Sign Language. This includes a representation of the alphabet as well as videos depicting common words and phrases being signed by professional interpreters. The company says it plans to replace these with even more authentic content featuring people from the deaf community. This experience is accessible by searching for "sign language", though presumably this only works in the United States. 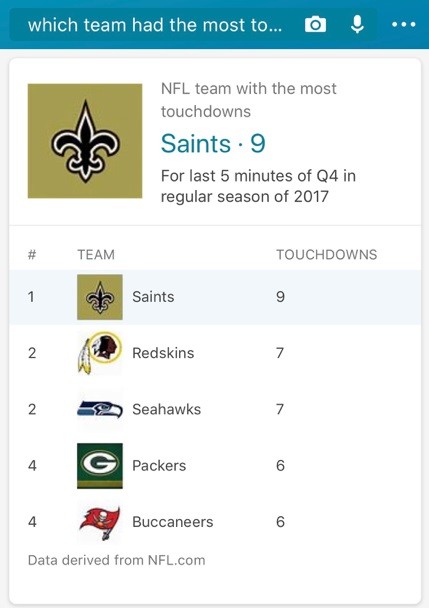 Lastly, Bing is gaining the ability to answer intricate and complex questions about NFL teams, players, and matches. You'll be able to ask for something as specific as which team has scored the most touchdowns in the last five minutes of a game, as well as many other questions that require in-depth knowledge of the competition. Bing can now access detailed statistics for every match since 2000 and present these answers to you instantly.

As is often the case with Microsoft, many of these improvements seem to be focused on the United States and can't be accessed from most other markets. Nonetheless, it's interesting to see the company making progress with its search engine and one can hope that it will broaden its perspective sometime in the future.