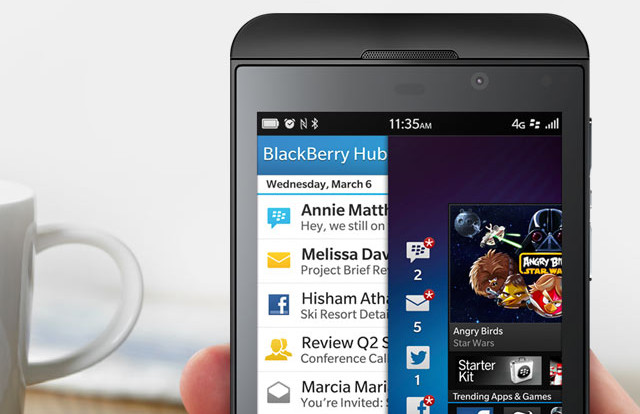 Canaccord Genuity analyst T. Michael Walkey initially called for 1.75 million sales of the BlackBerry Z10 in February, however, after the phone's launch in the UK and Canada with limited initial supply and less demand than expected, he has slashed his estimates for the current quarter to just 300,000.

In a note to investors, Walkley wrote:

Our global surveys post the recent BlackBerry Z10 launch indicated mixed initial sales with limited initial supply cited as the reason for early post-launch stock-outs at some carrier stores rather than overwhelming demand. Our follow-up checks have indicated steady but modest sales levels. With new BB10 smartphones launching in the U.S. only in mid-March or later at subsidized prices no better than competing high-end Apple/Samsung smartphones, combined with our expectations for the Galaxy S IV to launch at a similar time frame in the US market, we are lowering our BB10 sales estimates for the February quarter and all of F2014.

He also added that carrier support for BlackBerry 10 in the U.S. is modest, proven by Sprint only planning to launch the Q10 and T-Mobile only the Z10, and that "carriers will not build large inventory levels for BB10 devices, consistent with prior BB7 high-end launches."