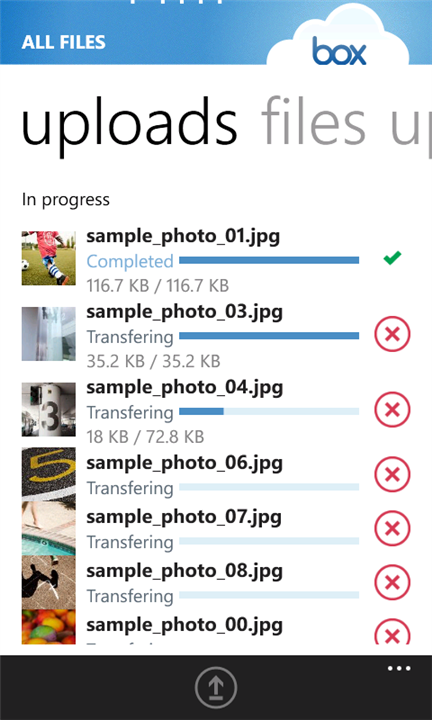 Windows Phone has a new cloud app client to download today. Box announced that its popular business oriented cloud service can now be accessed via its new Windows Phone app.

The app is now available via the Windows Phone Marketplace. In a post on the official Box blog, the company goes over some of the features of the Windows Phone app, including quick searching of files in your Box account, sharing files with others, being able to delete, rename or move files quickly and more.

Box also goes over the more unique Windows Phone features in the app.

We designed our app to really take advantage of this platform’s unique characteristics and capabilities. You can pivot between files, updates and collaborators, start slideshows for images just like in the Pictures Hub and even pin Live Tiles to your Start screen to see when colleagues leave updates on Box.

The blog post also announced that Box now has a partnership with processor maker Qualcomm. That team up will result in Box being pre-loaded on some Android and Windows-based hardware that will have Qualcomm's Snapdragon processor inside.