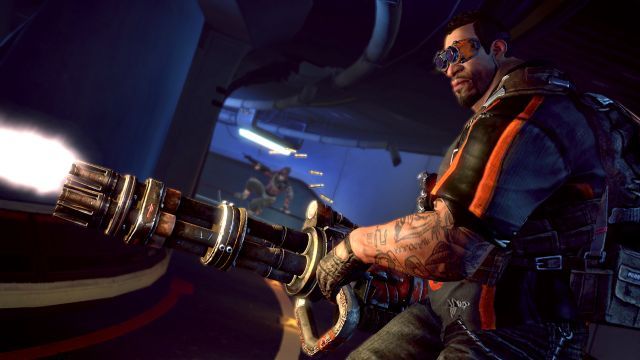 Tuesday's release of the long awaited first person shooter Brink has not been without some issues for all of the game's platforms. However the game's developers at Splash Damage and publisher Bethesda Softworks are now working to fix those issues via upcoming patches. In an extensive post on the developer's official web page, Splash Damage's CEO and Game Director Paul Wedgwood outline the team's plans for updates, some of which have already been released.

On the Xbox 360 platform, an update has already been released which Wedgwood says gives Brink "significantly reduced texture loading times thanks to improved hard-drive caching" along with several other bug fixes and improvements. The team is also investigating reports of lag in online multiplayer matches with Wedgwood saying, "We're urgently investigating this issue and seeing what we can do to improve things in that area."

The Playstation 3 version has also received an update (game updates can be downloaded even with the shutdown of the Playstation Network) which also fixed a number of bugs including "several potential freezes and, like the Xbox 360 version, now only plays the introductory tutorial video at the initial prompt, rather than all of them." The PC version has gotten an update via Steam that improve crash reports and also fixes an issue "where closing the game before getting to the character selection screen can corrupt your character data and make it unusable."  It is also working to "identify and solve any hardware compatibility issues that people have been reporting."

Wedgwood said that it wants to hear more feedback on Brink, saying, "It's really useful to us and we really do check all of it. We have teams at Splash Damage and Bethesda dedicated full time to resolving any issues you discover."