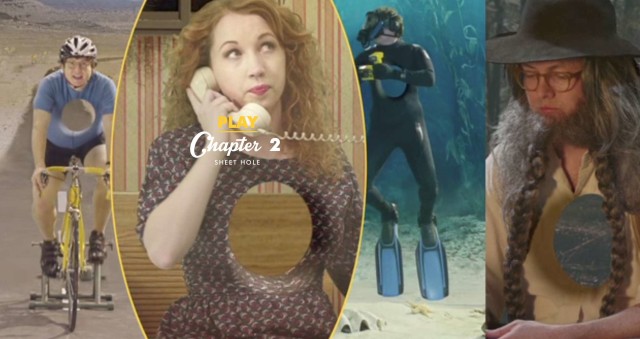 Cable companies are increasingly concerned with the movement to ‘cut the cord’. For those who do not know, this means that you drop your cable subscription and supplement it with Netflix, Hulu and other services to obtain your sitcom fix. Sure, it’s slowly gathering steam but cable companies, who charge exorbitant fees to deliver content to your TV, are becoming increasingly nervous.

To combat this, cable companies have launched what might be the worst campaign since the WebOS commercials. The site is Holesaga.com and as the name implies, when you cut the cord, you now have a hole in your media consumption options.

Simply put, if you ‘cut the cord’ you will be missing out on some content, as noted by the hole that is in each of the characters on the site. The ridiculous campaign features several ‘chapters’ and other worthless content that tries to persuade you from cutting the cord.

We get it, cable companies are trying to protect their bottom line but the irony here is that anyone who might find this webpage is likely already savvy enough to know that cutting the cord does not mean you lose out on your options; you simply have to find new ways to consume it.

For example, many popular shows are now streamed on the content owner’s website the day after the media is shown on TV. In some cases, the content is streamed at the same time, which negates a cable subscription altogether.

Sure, getting content onto your TV is not as easy as it is with a cable subscription, but it is getting a lot easier (such as with the Xbox One) and by cutting the cord, you can save hundreds and sometimes over a thousand dollars a year.

So, the cable companies are trying to convince you to stay with an archaic model of subscription based TV.  To accomplish this mission, they have launched this awful website to show you why cable subscriptions are here to stay, and that you really, seriously, should not consider cutting the cord.