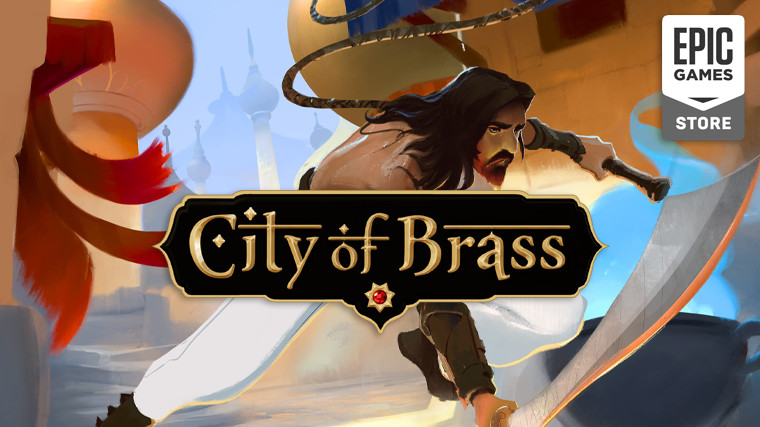 It's the third week of the Epic Mega Sale, and this week Epic is offering City of Brass to claim for free, replacing RiME.

City of Brass is a first-person dungeon-crawler rogue-lite title developed by Uppercut Games, with several of the developers who worked on the game coming from Irrational Games of BioShock fame. As such, the gameplay is influenced by that series, while also featuring procedurally generated levels with an Arabian Nights-esque theme.

Originally announced in July of 2017, and soon after released as an Early Access title in September on PC, the game received regular updates, with a full launch in May of 2018, which is when it also launched on Xbox One and PlayStation 4. City of Brass received mixed reviews from critics and players alike at launch. Here's how the Epic Games Store describes the title:

Become a daring thief in City of Brass, a first-person action adventure from senior BioShock developers.

Armed with scimitar and a versatile whip, you’ll lash and slash, bait and trap your way to the heart of an opulent, Arabian Nights-themed metropolis – or face certain death as time runs out.

Epic Games Store is offering the title at no cost for players on Windows. It's worth noting, however, that the game's soundtrack is available for purchase on Steam. Here are the minimum requirements for the game:

If you wish to claim City of Brass, here’s its store page. It will be free to claim until June 6, which is when Epic will put on offer Kingdom: New Lands for its next giveaway.