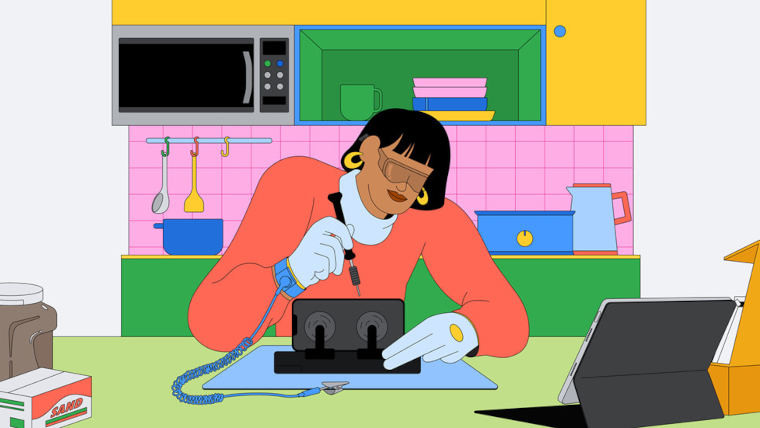 Apple has launched Self Service Repair, a service that gives customers access to genuine parts and tools to allow them to carry out their own repairs on their iPhone 12, iPhone 13, or M1 Mac. The service will initially begin in the United States early next year before expanding to more countries throughout 2022.

As things stand right now, 5,000 Apple Authorized Service Providers (AASPs) and 2,800 Independent Repair providers are the only ones with access to genuine parts, tools, and manuals. With today’s news, customers will have access too. During the initial phase of the program, the focus will be on commonly serviced modules such as the iPhone display, battery, and camera. Once the program matures a little over the year, it’ll be possible to self-repair other modules.

While anyone can have a go at self-repair, Apple really intends this program to be used by individual technicians with the knowledge and experience of repairing electronic devices. The company still advises most of its customers to visit a professional repair provider that has been certified by Apple as this will likely lead to fewer problems.

It’s great to see Apple launch this program. It means that iPhone and Mac devices can be given a new lease of life before they finally need to be thrown away. The company has previously shown its commitment to making devices last by supporting iPhones with updates for many years after their release.