At some point, a self-confessed computer geek will have built a computer for themselves, or a friend. They’ll have invested much time and love selecting the right components including motherboard, CPU and memory, to fit their computing and budgetary needs. 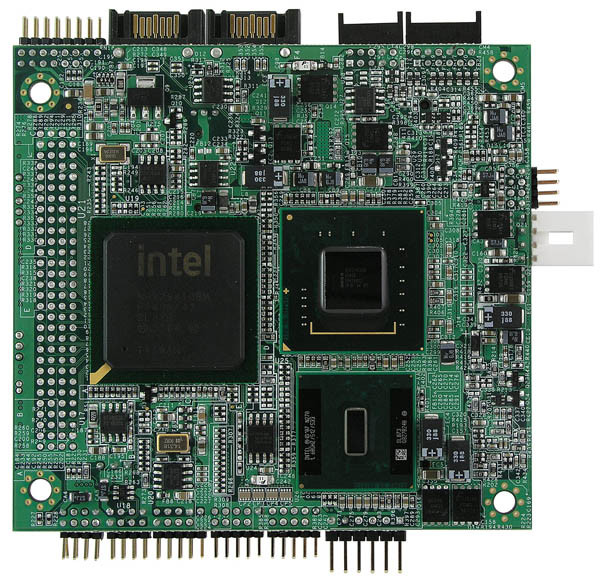 An example of the BGA solution, with the Intel Atom CPU (bottom right) soldered to the board

But if Intel’s rumoured shift to a ball grid array (BGA), where the CPU is soldered directly to the motherboard, turns out to be fact, it will take some of the magic and mysticism out of building a computer. Not to mention alienating the enthusiast market, where CPU choice is a key factor in spending a premium on a CPU that can be pushed to the limit through overclocking and voltage mods.

Broadwell is the codename of the 14nm product that Intel is developing as the successor to the 22nm Haswell (which replaces the current 22nm Ivy Bridge tech). It’s these Broadwell chips that are rumoured to be soldered directly to the board, with southbridge functionality integrated into the chip. This will essentially turn the Broadwell chips into a System on Chip (SOC) solution. 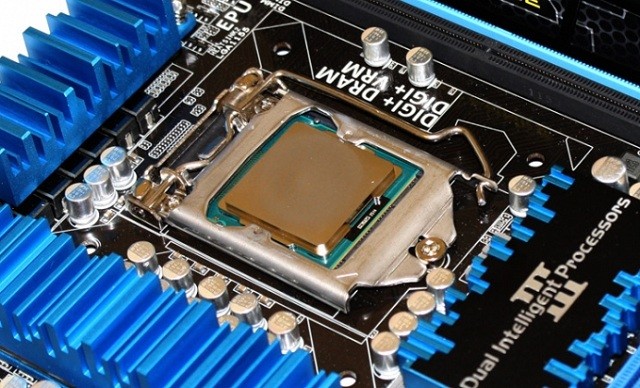 The Core i7 using the LGA socket solution

Power and cost savings are being touted as possible reasons for the shift in direction. The Broadwell chips top out at 57 watts and Intel will still maintain profits while pushing the cost of the SOC onto the motherboard manufacturers. They have done this already by introducing the LGA socket with socket 775 CPU’s. It also means motherboard manufacturers may have to limit their catalogue of motherboards and will need to eat up the support costs if there is a problem with the CPU.

Intel and AMD both offer BGA solutions already with their Atom and E series chips, but these are generally seen as budget friendly solutions, where people are happy to sacrifice performance to keep a few bucks in their pockets.

The good news; Intel is not giving up on LGA just yet. With Ivy Bridge and Sandy Bridge both co-existing, Intel envisage Haswell and Broadwell sitting alongside each other, with Haswell being the preferred choice for enthusiast due to probably performance gains and swappable CPU. The product that will follow Broadwell is tipped to be offered in both BGA and LGA solutions as well.

But rest assured, Intel will be watching how Broadwell performs – from both cost and power perspectives. If they feel that it’s better for their profits to dump the LGA socket in favour of BGA, they will. And it’s this attitude that could benefit the struggling AMD, as they are prepared to offer swappable CPUs as long as people are buying them.