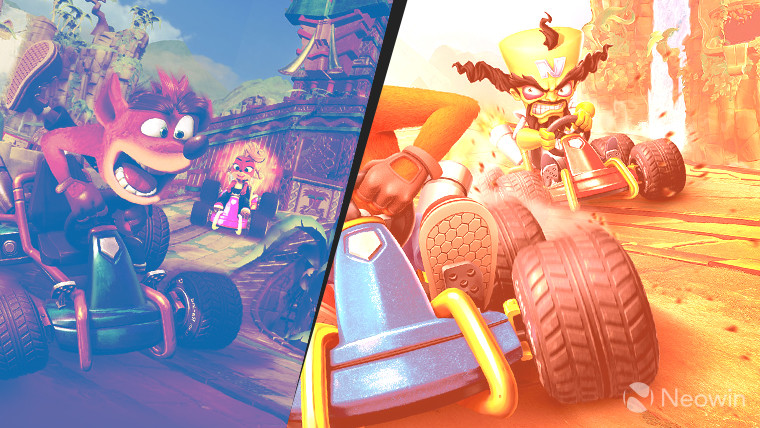 Back in 2017, Activision's remastered the classic Crash Bandicoot trilogy, Crash Bandicoot N. Sane Trilogy, and it was a massive success. Its popularity spurred Activision to consider the possibility of reviving more classics. It seems like the publisher decided to make that possibility a reality with Crash Team Racing Nitro-Fueled, an upcoming kart racing game developed by Beenox and unveiled in December at The Game Awards. For those unfamiliar, this is a reboot of a PlayStation 1 classic Crash Team Racing.

According to Gamespot, Crash Team Racing Nitro-Fueled is going to include racing tracks and other content from the original game's sequel, Crash Nitro Kart. Thomas Wilson, Beenox co-studio head, commented on this decision:

"With the name Nitro-Fueled, we wanted to see how we could complement the original experience. We did that by adding new tracks that originated from Crash Nitro Kart, and which we decided pretty early on we were going to do that. We felt it was the right decision, and it was all about creating a more well-rounded package for fans."

The remaster features all the original game modes, characters, tracks, power-ups, weapons, and controls, with some additions and tweaks made here and there - such as an upgraded combat mode. The content borrowed from Crash Nitro Kart includes race tracks (without the anti-gravity bits), maps, and modes. In total, Crash Team Racing Nitro-Fueled offers 12 playable battle maps with several different game types such as capture the flag, and standard combat.

Crash Team Racing Nitro-Fueled is scheduled for release on June 21, 2019, at a price of $39.99. It will be available across multiple platforms, including PlayStation 4, Xbox One, and Nintendo Switch. Pre-orders are currently open and can be placed on the game's official website.