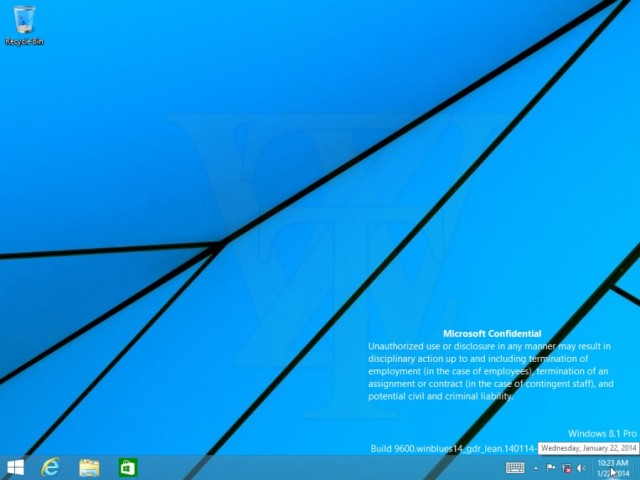 Notorious leaker WZor has posted new info on Update 1 (or GDR1) for Windows 8.1 via Twitter that shows a build string that is just over a week old.

As you can see, this may also be the first leak to appear online for the update. WZor had previously predicted that a leak would happen on or by 15 January.

There's not much else to go on other than the screenshot that made it's way online over a week ago, but with an expected official release around the time of the BUILD conference, we don’t have to wait too long to see what the update includes.

We'll update this post if new screenshots appear and more info is made available on a leak to web.

Update: Gallery of the build added, thanks FaiKee!

An interesting option has shown up in one of the screenshots from the gallery, as pointed out in the comments below, an option has been added to "Show Store apps on the taskbar" which is also active in the taskbar. While this may not necessarily indicate a union between Modern apps and the traditional desktop, this option may simply show that Modern apps are running in the background. 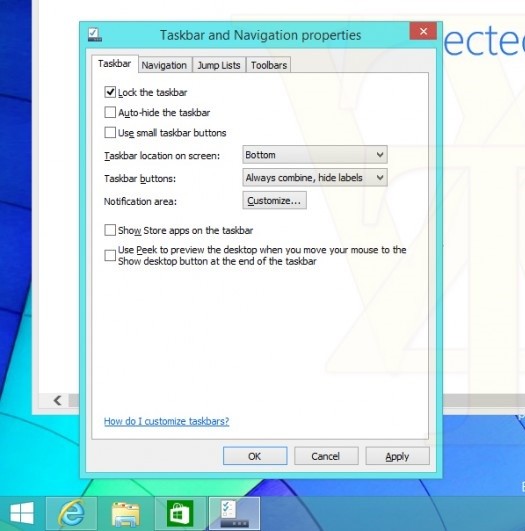 Although until we have the build ourselves or the leaker suggests otherwise, we'll all have to wait to see what Microsoft has improved in Windows 8.1 when it comes to the user experience, but for now we're not holding our breath for Windowed Modern apps on the desktop.