After unveiling the Nokia Lumia 735 back in September, Microsoft moved quickly to bring the device to many markets around the world. But one country in which the handset has still not officially been launched is the United States. 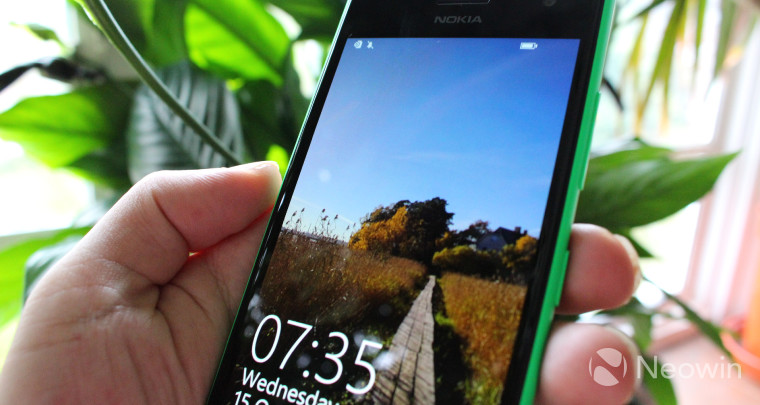 The Lumia 735 - which is sometimes referred to as Microsoft's 'selfie phone', due to the company's emphasis on the capabilities of its 5-megapixel front-facing camera - was expected to launch in the US exclusively on Verizon last year, but the carrier reportedly delayed the launch until 'early 2015'. As we move into mid-2015, you'd be forgiven for believing that the device would never go on sale Stateside - but it seems that may not be the case.

Windows Central cites 'people familiar with the matter' who have claimed that the Lumia 735 is still heading to Verizon, with a launch planned for May.

This appears credible in light of comments made by Microsoft yesterday. At the press conference for the UK launch of the new Lumia 640 and 640 XL, I asked Chris Hollis (global head of communications for Microsoft Devices) if the company planned to bring Windows Phone 8.1 Update 2 to existing handsets in its range.

He replied that 'select devices' would get Update 2, but since a key aspect of its release is compliance with new US legislation on anti-theft protections for mobile devices, there won't be a global release for all devices. Significantly, while referring to the US compliance, he named the Lumia 735 specifically as one handset that will definitely get the new OS version.

If you join the dots, and read between the lines, it seems there may well be something in the notion that the Lumia 735 will finally become available in the US - and if it does launch in May as rumored, it's likely to arrive with Windows Phone 8.1 Update 2 pre-installed.

A US launch for the Lumia 735 in May would come eight months after the device was first announced, and around seven months after its launch in other major markets. That being said a good price might make up for that delay.