The Apple Watch was first announced seven months ago, but today, pre-orders finally opened for the much-anticipated device. The Watch won't officially be available until April 24 - but if you haven't already placed your pre-order, you may be facing a much longer wait. 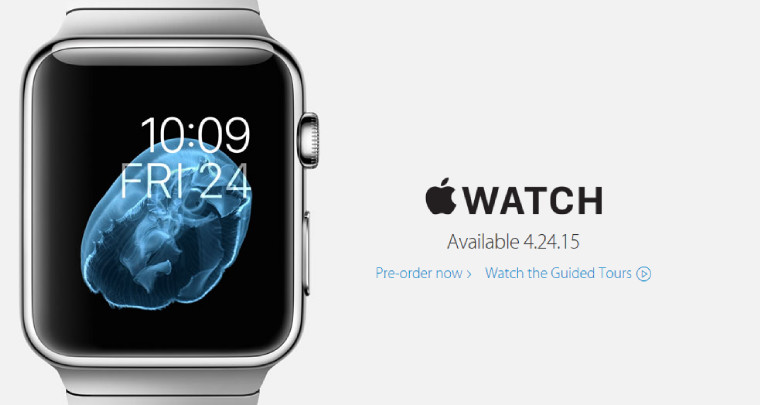 Pricing starts at $349 for the most affordable (relatively speaking) 38mm Apple Watch Sport model, but customers with more expensive tastes - and very deep pockets - can opt for the Apple Watch Edition models, which feature hardened 18-karat gold, and cost up to $17,000.

However, the waiting lists for all variants of the device are growing fast. Customers who submitted their pre-orders before anyone else can expect to receive their Watch on or around April 24. But within just a few minutes of pre-orders opening, estimated delivery times had slipped to around 4 weeks on many models - and in some cases, this has now been extended to as late as June. 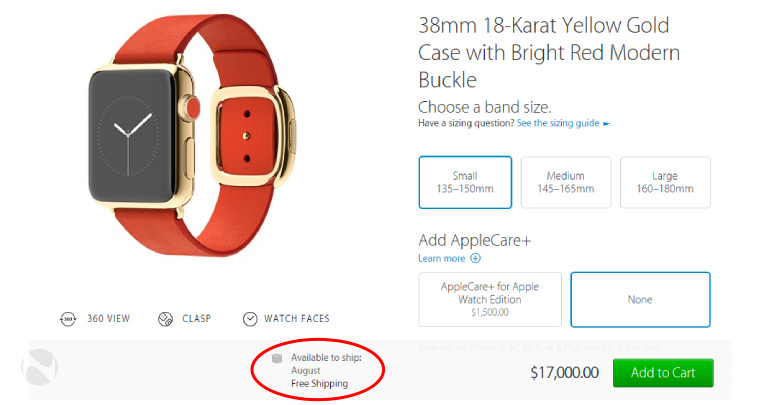 Many of the most exclusive Apple Watch Edition models are now unavailable until August at the earliest.

Unsurprisingly, many potential buyers have taken to social networks to vent their frustrations at the long waiting times for the device - although there is also plenty of excitement across Facebook, Twitter et.al among those who managed to get their pre-orders in early.

Still, if you didn't manage to get your pre-order in yet, and you don't fancy waiting weeks/months for the device to finally arrive, there are plenty of alternatives to consider. Check out our recent review of the LG G Watch R for one such example.

Have you placed your pre-order? Are you still considering an Apple Watch? Vote in our latest poll!