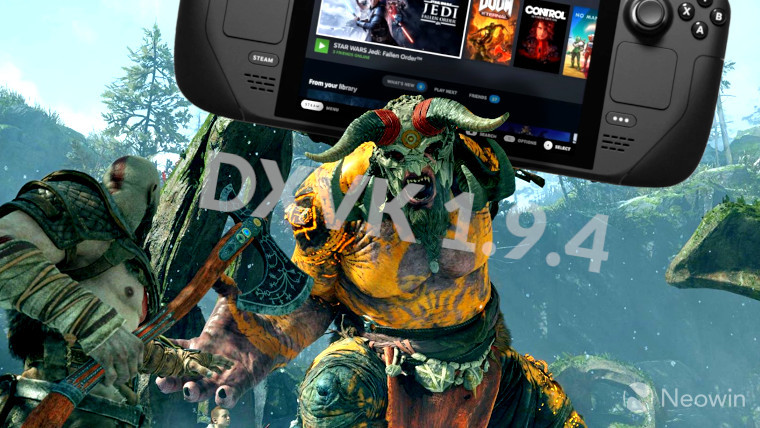 Since Sony realized it’s been leaving money on the table by ignoring the PC market, we’ve been irregularly peppered with releases like Horizon Zero Dawn, Days Gone, and most notably, God of War. It would seem that Sony is keen to release any and all titles that reach critical mass on Playstation, though standouts like The Last Of Us have not been announced.

Ahead of next month’s Steam Deck launch, DXVK gets a performance boost and support for DLSS in God of War. DXVK is the software that translates DirectX 9, 10, and 11 calls to the Vulkan API. While the game has already achieved ‘Gold’ status on ProtonDB, performance and reliability are a mixed bag among different Proton versions. Many of the users who report success are using experimental builds. DVXK 1.9.4 is bringing some of the experimental changes into the stable build.

Here are the notable changes the new version brings: