Every year we get thrilled and excited due to the development of new technologies and devices. Those novelties are unveiled in long-awaited annual global events, such as CES and Mobile World Congress, or in individual announcements from OEMs, such as Apple, Google or Microsoft. But what happens to that old PC or smartphone we get rid of after buying a new one?

According to detailed research released by the United Nations University, through its Sustainable Cycles (SCYCLE) Programme, just across the 12 countries and areas analyzed in East and Southeast Asia, the average increase in e-waste was of 63% from 2010 to 2015 and totaled 12.3 million tonnes. China alone was responsible for 6.7 million tonnes in 2015, more than doubling its generation of e-waste since 2010, as can be seen on the graph below. 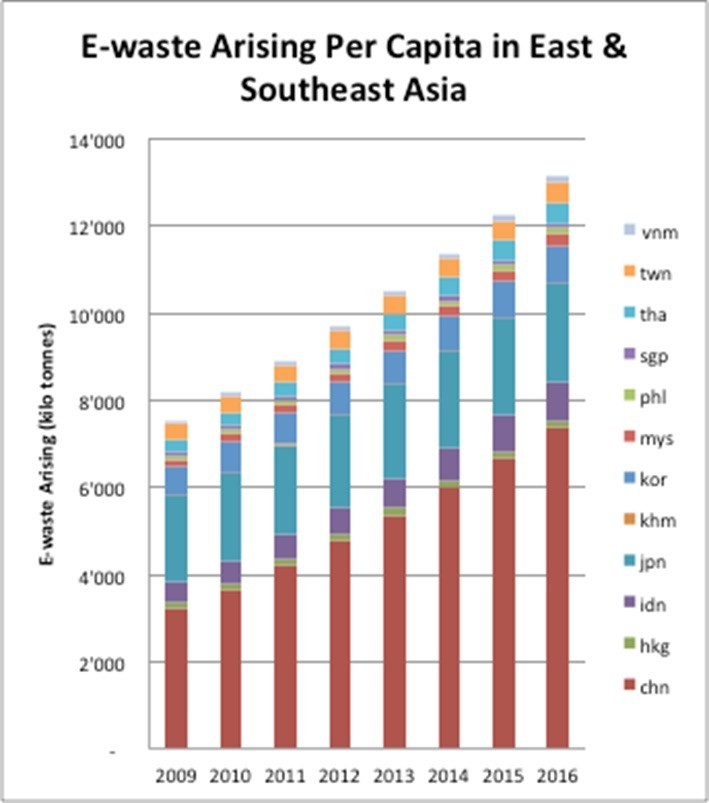 According to the study, the increase in e-waste was driven by rising incomes and high demand for new gadgets and appliances. Also, it has listed the four main trends for the increased volumes in the region:

Citing other studies made in the region, the United Nations University also highlights the illegal dumping of non-functional parts and residues into the environment, what it calls "open dumping". According to those studies, illegal dumping of e-waste is mainly due to:

Finally, the report gave a glimpse into some worldwide trends. For example, the total amount of electrical and electronic equipment put on the worldwide market increased from 51.33 million tonnes in 2007 to 56.56 million tonnes in 2012. Also, Asia alone was responsible for buying almost half of those devices.