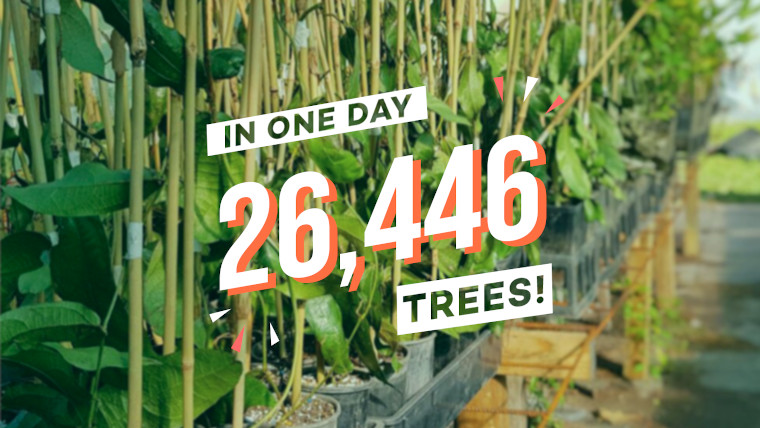 A few days ago, Ecosia announced that all revenue raised from web searches made yesterday would go specifically to Australia to help in the effort to restore the country’s wildlife after weeks of fires. With Thursday behind us, the firm has announced that it has managed to fund 26,446 trees. The firm estimates that 45 searches are needed to fund a single tree so it must have seen around 1,190,070 search requests yesterday.

Ecosia doesn’t plant the trees itself, that would be a huge task for the firm to handle alone. Instead, it funds NGOs that plant the trees. The money raised yesterday will see trees planted in Byron Bay, New South Wales, Australia, an area that has been impacted by bushfires in recent weeks. The NGO ReForest Now will use the money to begin planting trees in February but there are also longer-term plans on the books to reforest land that was previously cleared but is no longer used for agriculture.

Writing in their announcement, Ecosia said:

“Unlike other parts of Australia, rainforests in New South Wales struggle to regenerate naturally, which means your trees are desperately needed. They won’t just provide a habitat for wildlife—of which 1 billion have been lost, and many more forced out of their environments—but will also sequester some of the carbon released by the bushfires, clean the air, attract rainfall, and lower temperatures.”

Ecosia is quite an interesting product which has appeared on people’s radars as scientists release more stark warnings about the effects climate change will have. As Ecosia funds trees through search ads while including a decent privacy policy, it’s an interesting item to look at for those wanting to offset their carbon emissions.