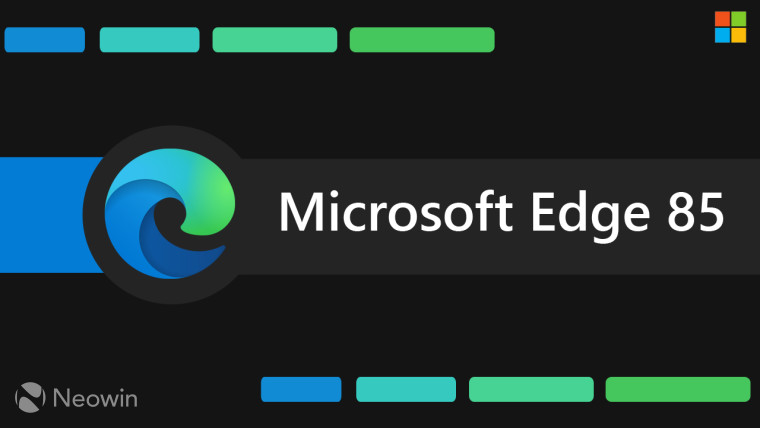 Microsoft aligned its Chromium-based Edge browser’s release with that of Chromium itself earlier this year. This meant that the development and major version releases align with that of the project that the browser is based on. The company then posted the release schedules for the stable and Beta versions of Edge. As expected, the Redmond firm is now releasing Edge version 85 (build 85.0.564.41) to the stable channel, just a few days after Chrome 85 became available.

Earlier today, the firm detailed the new features that are making it to the browser this month with version 85. However, the release notes provide more information on not just the user-facing features, but also updates to DevTools and other security improvements.

One of the improvements coming to the browser is the ability to sync browser data such as extensions, passwords, favorites, and Collections between Azure Active Directory (AAD) profiles. The feature is aimed at education customers that are preparing for the back to school season. However, a glaring omission in the browser yet is the ability to sync history and tabs – something that is still greyed out in the settings but isn’t present ever since the product shipped.

Edge 85 also brings a new PDF highlighter tool that lets users highlight and write on PDFs, a welcome addition for legacy Edge users. The Collections tool is also gaining the ability to send lists directly into OneNote from the browser – in addition to the ability to send to Excel and Word. There are also improvements to the Internet Explorer mode in the browser, with the ability for admins to set group policy to trust some app combos to launch without a prompt. The Storage Access API that debuted as an experimental feature in Edge 84 is being made available generally.

As for security improvements, the release incorporates the security fixes from the latest Chromium project. Lastly, DevTools improvements include the support for Surface Duo emulation and keyboard shortcuts that match that of VS Code, both of which were already listed in Edge 84’s notes. There are also a few experimental features such as CSS grid debugging features, the ability to move tools between panels, and more.

The update should be served to all Edge users starting today and the browser should update automatically in the background. However, users can also choose to head to the ellipsis menu (…) > Help and feedback > About Microsoft Edge to force a version check and pull the update.