For the past year or so, Finnish company Eve has been "crowd-developing" its Eve V hybrid Windows 10 device. The machine, which the company's CEO jokingly described as the "Surface Killer" to us in an interview, has now finally launched on Indiegogo. As announced previously, the Eve V comes in three configurations with an included wireless keyboard and a "V Pen". 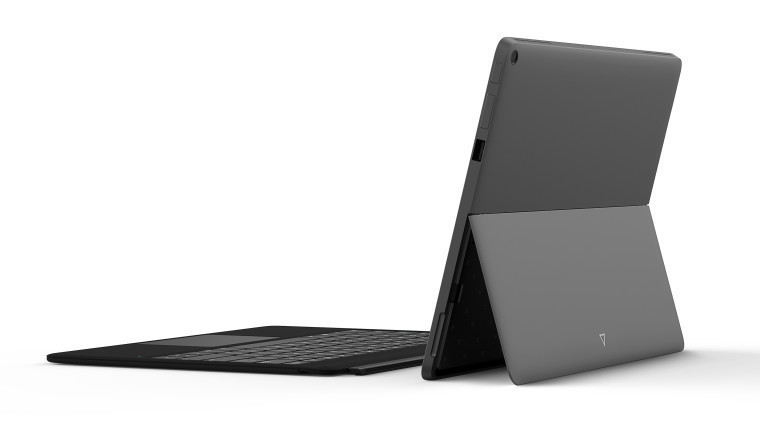 The pricing details of each of the three configurations of the Eve V are as follows:

With each of these models, the company is offering the V Pen, as well as the Alacantara keyboard. Other perks include a 2-year warranty and a 5% discount at the Eve store. The shipping costs for the Eve V are as follows:

Ordering to US:
Shipping $30, taxes included. All configurations eligible.

At this time of writing, the Indiegogo campaign has already reached its funding goal of $75,000 just under an hour after going live. As of right now, Eve's campaign has already raised $357,477 from 336 backers. As the company cautioned previously, there are only 500 units are available in the initial round of the campaign - with an expected shipping date of February 2017 - so if you are looking to purchase the device, now's probably the best time to do so.

You can view the Indiegogo campaign for the Eve V here, and the device's full specifications here.