Windows Phone 7 sports some pretty heavy social integration. Among all of this is its ability to connect with Facebook. The platform does this natively, leading us to believe that a dedicated Facebook app may not be necessary. However, despite the integration, many people across the blogosphere have complained that they'd rather have a separate Facebook app, just like other platforms provide.

Well, according to 1800PocketPC, an official Facebook app has made its way to the Marketplace. Confusingly, the publisher shows up as Microsoft. However, the report seems to imply that it's the official app, as it's branded with Facebook's logos. The app will give Facebook users the ability to:

With the above in mind, it sure seems like a pretty feature rich version of Facebook for a first release. Back when Facebook launched for Android, some of the biggest gripes were its horrendous interface, lack of inbox, friends, notifications, and chat. Most of these seem to be neatly bundled into this beautifully architected Windows Phone 7 Metro UI template. Assuming it works as it should, WP7 users are sure to be quite happy with the app. 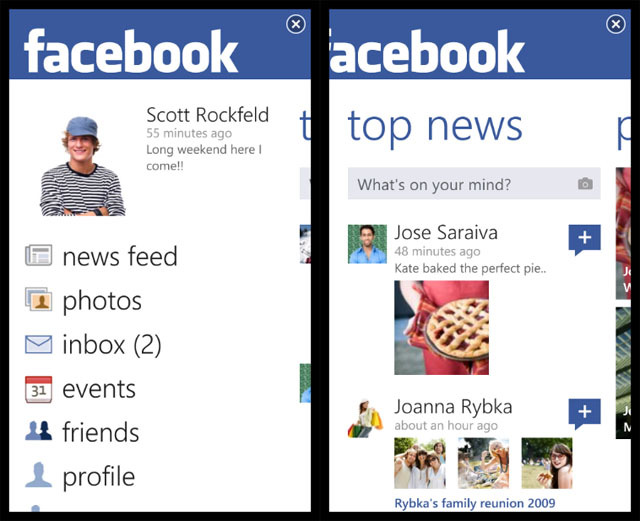