Users who are being offered a place in the beta are receiving the message:
We are building a faster, simpler version of Facebook that we call Facebook Lite. It's not finished yet and we have plenty of kinks to work out, but we would love to get your feedback on what we have built so far.

The site for the feature is https://lite.Facebook.com. If you're not part of the beta you'll just see the normal Facebook interface. Users are pointing out that at the moment, it doesn't seem that different for them, but there still is more to come. A Twitter user tweeted: "Heh! Facebook Lite looks like a simplified version of Twitter with comments enabled. On 2nd thought, it looks like simplified FriendFeed." Ironically enough, Facebook just finished buying Friendfeed earlier this week.

Users are reporting that Facebook Lite is much faster, and easier to use, though still has many kinks to work out (as seen in fourth screenshot below).

When TechCrunch asked Facebook about the Lite test, they replied:
"We are currently testing a simplified alternative to Facebook.com that loads a specific set of features quickly and efficiently. Similar to the Facebook experience you get on your mobile phones, Facebook "Lite" is a fast-loading, simplified version of Facebook that enables people to make comments, accept Friend requests, write on people's Walls, and look at photos and Status updates. We are currently testing Facebook Lite in countries where we are seeing lots of new users coming to Facebook for the first time and are looking to start off with a more simple experience.

This evening, the test was temporarily exposed to a larger set of users by mistake. We have not opened up access to lite.Facebook.com to all users at this time. People who are not part of the test and are trying to access "Lite" will be directed to Facebook.com as usual."

Screenshots of the Facebook Lite trial can be found below: 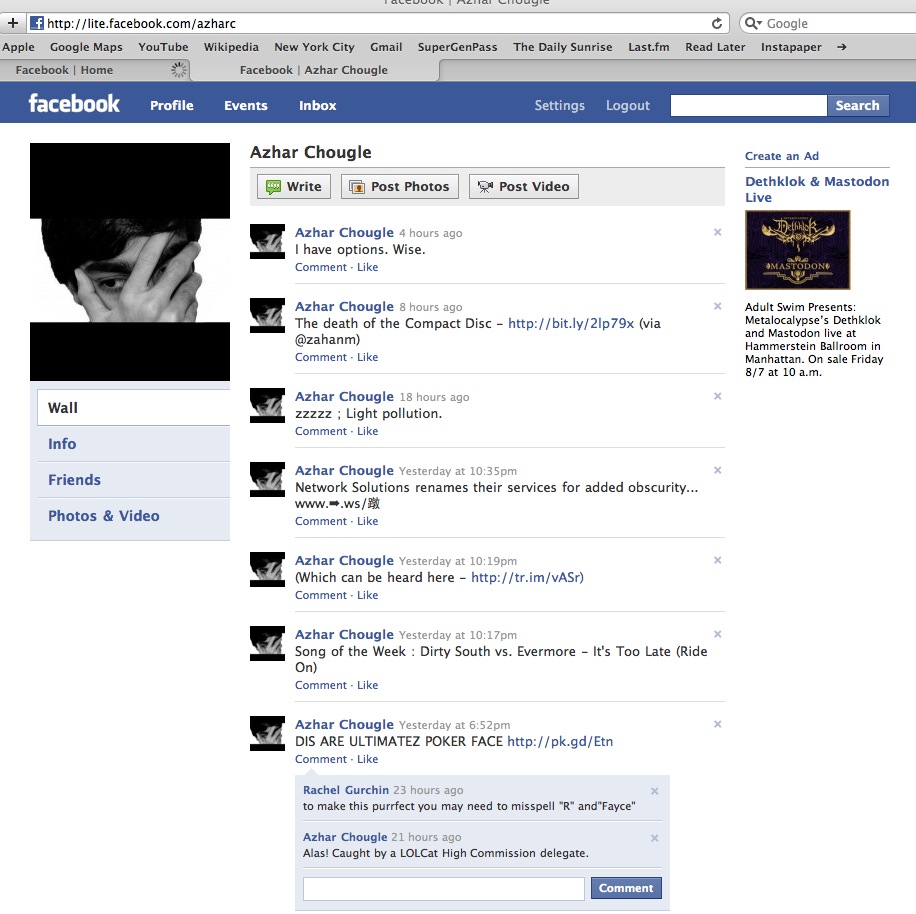 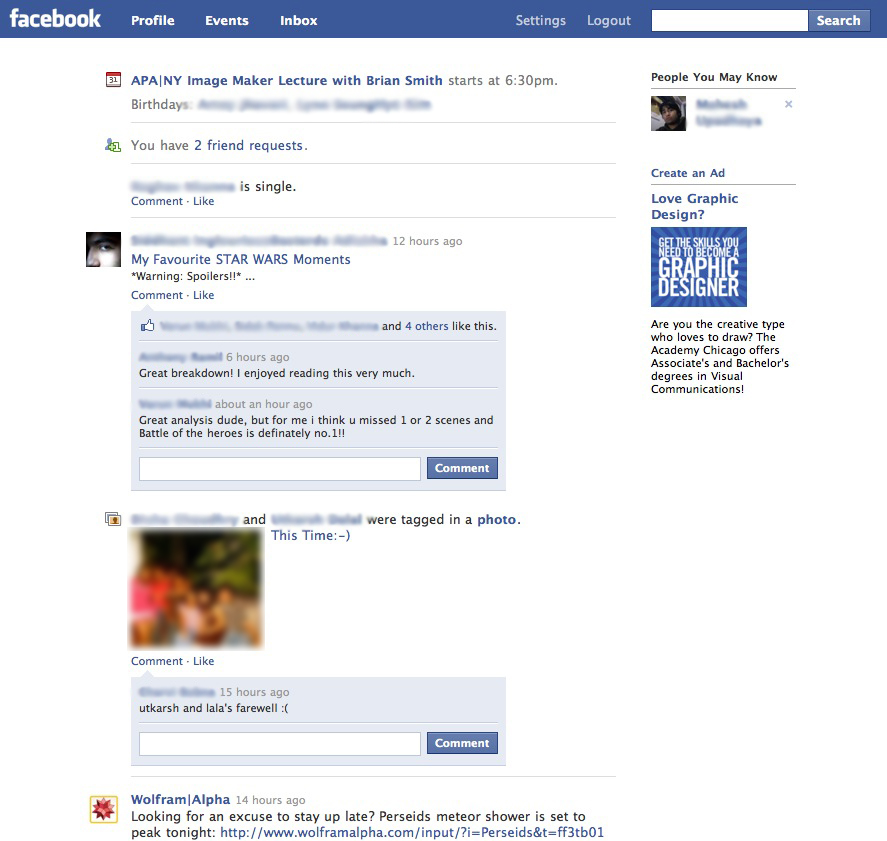 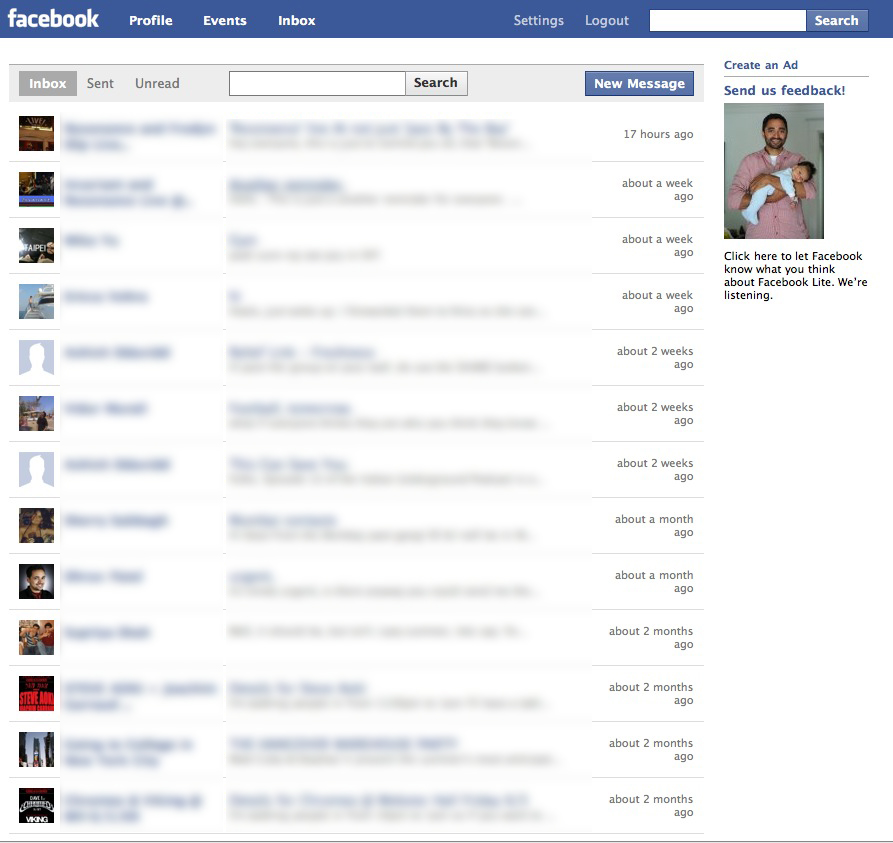 Can anyone tell us why the heck that picture on the right is used for reporting feedback?!

This image shows that when Events is clicked an error is generated, indicating that the events section is not ready for Facebook Lite yet