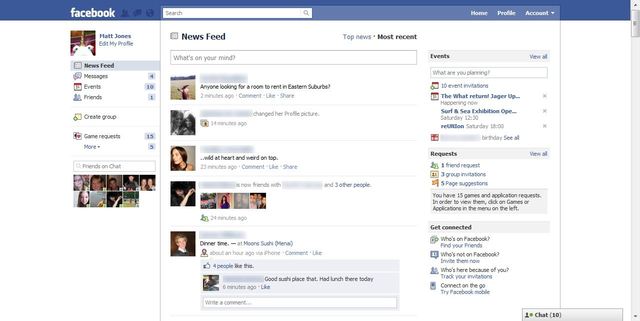 Users logging onto Facebook today may notice a subtle change; the font size of items on a user's News Feed has been dropped. At this point, it appears only the News Feed is affected, with font sizes remaining unchanged on pages, events and messages. Facebook has made no announcement about the change.

Unsurprisingly, many users are upset at the change and have vented their anger on Twitter.

Facebook users are notoriously fickle when it comes to site redesigns, and previous changes have been met with open hostility.

The font size change comes just hours before an event at the company's Palo Alto headquarters at which Facebook will make an announcement related to its efforts in the mobile space, though there is no suggestion the two are linked. The social networking giant has refused to give any details about the nature of today's announcement, leading to speculation about a so-called ''Facebook phone''.

Update: Techtickle have posted instructions on how to use the Greasemonkey Firefox add-on and a script to restore the News Feed font to its previous size.