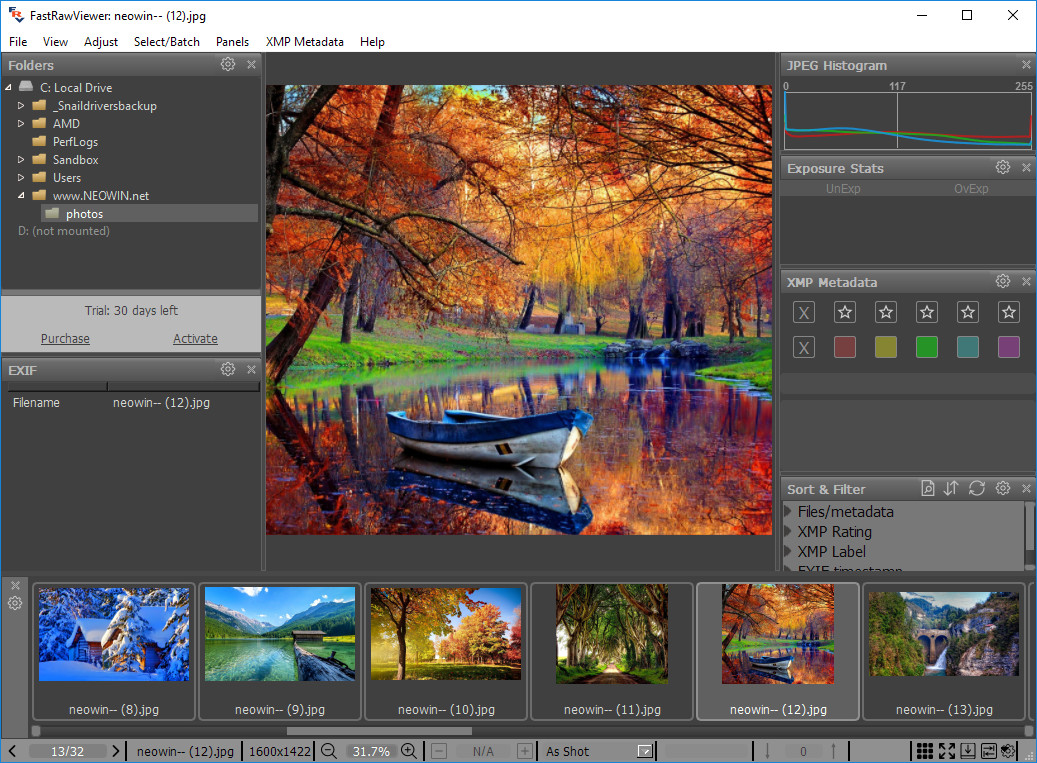 FastRawViewer was specifically designed and developed for extremely fast display, visual and technical analysis, basic corrections, sorting and setting aside or directly transferring for further processing of RAW images.

FastRawViewer is the only WYSIWYG RAW viewer that allows to see RAW exactly as a converter will "see" it, and provides RAW-based tools to estimate what a converter will be able to squeeze from the shot. FastRawViewer is a must have; it's all you need for extremely fast and reliable culling, direct presentation, as well as for speeding up of the conversion stage of any amounts of any RAW images of every format.