Two years after its initial release on consoles, Square Enix is releasing the latest chapter of its popular RPG series on Windows as the aptly titled Final Fantasy XV Windows Edition (FFXV), bringing along with it a host of new story content and player modes that were previously unavailable.

Accompanying this release on the console side is the Final Fantasy XV Royal Edition, which brings the existing FFXV versions there up to par with the new Windows Edition, though it should be noted that a lot of new features remain exclusive to the PC release.

Common to both the Windows Edition and the Royal Edition are expanded play areas, namely the Insomnia City Ruins, and a fully-controllable Royal Vessel boat. There's also a new first-person camera mode, effectively allowing us to see the world through Noctis' eyes, along with new character actions and weapons accessible through new areas in the game.

In addition, there will be a great deal of new skins and item sets, and full access to Season Pass content, access to an in-game archive of Final Fantasy mythos, and a collection of new trophies and achievements. 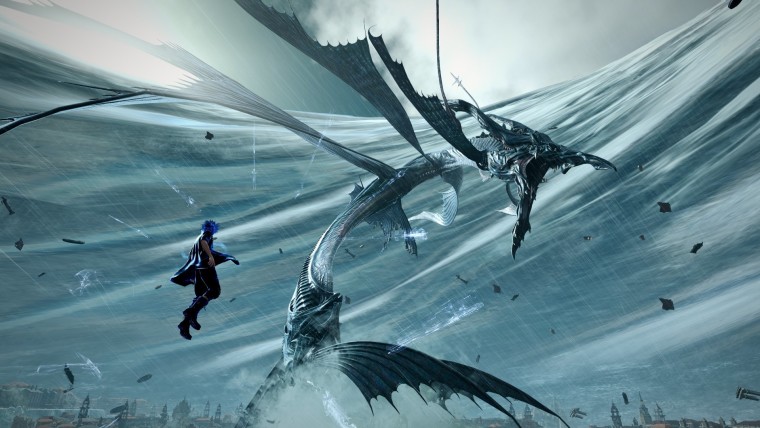 Moving on to features exclusive to the Windows Edition, FFXV now supports gameplay in native 4K and 8K resolution at 120 frames per second, along with HDR10 on displays that support the expanded dynamic range. It is to be noted, however, that at the time of writing this article, the Royal Edition that will run on the Xbox One X does not bring with it these features, even though the console supports them.

The game also brings with it Nvidia GameWorks and HairWorks integration for better in-game physics, lighting, and overall visual effects. On the subject, Nvidia and AMD have both released GPU drivers with special optimizations for FFXV, with Nvidia also offering support for its Ansel game screen-capturing feature. FFXV also supports AlienFX, integrating it with the RGB lighting on AlienWare systems, and gameplay through Tobii Eye Tracking,

Square Enix assures potential buyers that the Windows Edition is a quality port, explicitly detailing PC-only optimizations such as full mouse and keyboard support, widescreen 21:9 display support, and support for Windows Sonic, among others. To add to all this, the PC release will also include all of the DLC that was released for console versions over the past two years, and even ﻿support modding, though it's not clear how that will work for the Microsoft Store version. 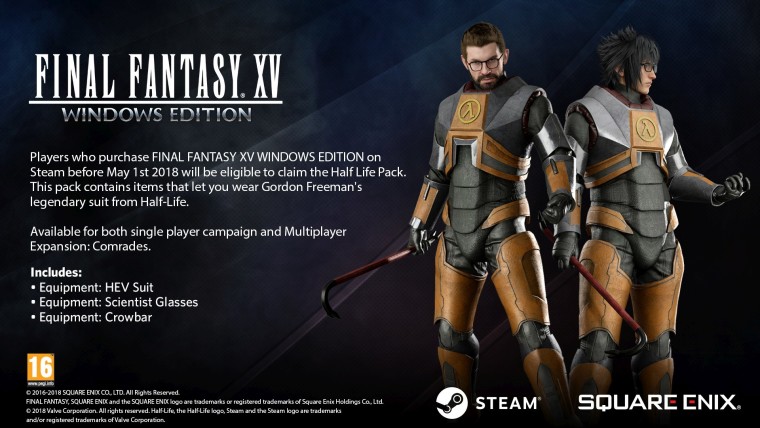 The game is available through multiple storefronts, each offering something unique for players who purchase the title:

Steam throws in bonus content in the form of Half-Life 2 crossover costumes that allow you to play in the likeness of Gordon Freeman, the protagonist of Valve's famous shooter series. The game also comes with integration with Steam Workshop.

Origin, on the other hand, offers bonus content that allows Noctis to don the Llama costume from Sims 4, complete with the iconic floating green Plumbob.

The Microsoft Store version allows the ability to sync save states across PCs and Xbox consoles. More importantly, this version also supports Cross Play, allowing for multiplayer games between Xbox and Windows 10 users.

In addition to all of the above, there's also a free update for FFXV Multiplayer Expansion: Comrades, which includes a host of new maps and quests, among other things like higher level caps.

Final Fantasy XV Windows Edition is available for purchase from Steam, Origin and Microsoft Store for $49.99.