Mozilla recently released their first version of Firefox for Android, a project that was originally named "Fennec" and was rebranded after the alpha stage completed. 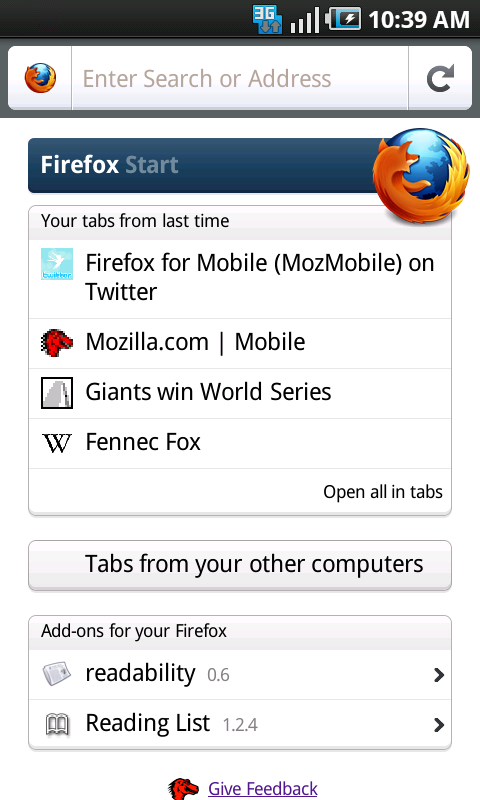 Today, Mozilla announced the latest version of Firefox for Android in a blog post on their site. The new beta uses less memory, features improved text rendering and has a "60% install size reduction" which is massive -- considering the package weighed in at 43mb originally -- it is now down to a more manageable 17mb. Mozilla admits that this still could be better. The original update was large and quite slow, and Mozilla have say that this next update to the mobile browser fixes these problems.

The update also speeds up panning and zooming, and renders pages 25% faster than the built in Android browser, according to the SunSpider statistics. The browser theme has also been refreshed to make the browser much easier to use, and now makes it easier to share pages, and undo closing tabs.

Mozilla says that the next release of the browser will feature hardware acceleration for scrolling and zooming, as well as featuring HTML5 video, but Mozilla doesn't specify when this is due.

To get a copy of the APK to try out, head over to the mobile site to download.