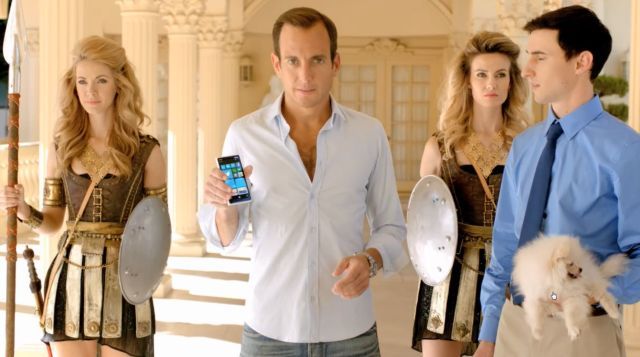 The TV ad campaign in the US has officially started for the Windows Phone 8-powered Nokia Lumia 920, via its exclusive wireless carrier AT&T. The ads began appearing on Saturday night during NBC's Saturday Night Live and feature Will Arnett, best known for his comedic acting roles in movies and TV shows such as Arrested Development, which is scheduled to be revived via Netflix in 2013 (we can't wait).

While the TV commercial itself has yet to appear online as of this writing, the ad talks about a way to "work for Will" as his new assistant. The ad ends with a URL that takes you to yet another video where Arnett shows off his white Lumia 920 and talks about the live tiles in Windows Phone 8.

The web page then allows its visitors to create their own virtual live tile screen for a web-based Lumia 920 which is then "judged" by Arnett to see if you have what it takes to be his assistant. The upshot of all this? A contest where the grand prize will let one person fly out to Los Angeles and be Arnett's personal assistant for a day.

The web page makes great pains to point out that this is a contest only and not an offer of employment, so if you win, you will get a chance to meet Arnett but don't expect to get a job from him. Sorry.

Source: Work For Will web site | Image via AT&T/Nokia