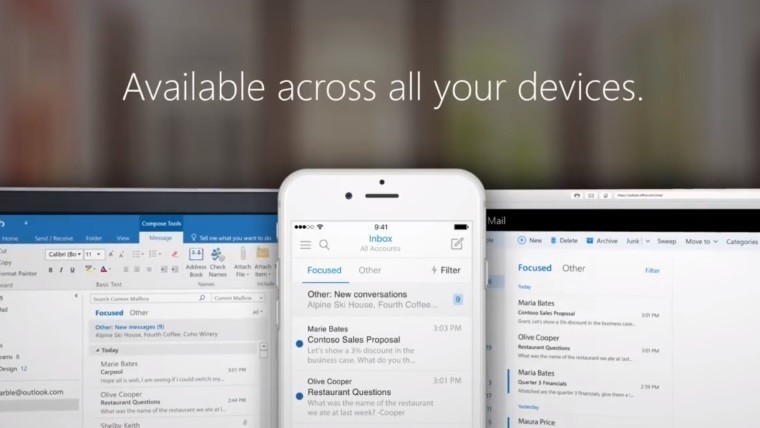 Last September, at its Ignite 2016 conference, Microsoft revealed its plans to bring the Focused Inbox feature to its Outlook Mail app on Windows 10 PCs and phones. That feature - which has already been available on iOS and Android for some time - analyzes the incoming flow of emails, and prioritizes the most important ones in a separate tab, in an effort to help you be more productive.

Microsoft said in October that Focused Inbox would be coming to Windows 10 Mobile devices by November - but that didn't happen, and the feature still hasn't shown up on Windows 10 PCs either.

But as Petri was first to spot, Microsoft quietly updated its blog post a few days ago with a further update on its plans to bring Focused Inbox to Windows 10 devices.

For Outlook.com users, the rollout to the web is continuing, and should be complete for all users "by April 2017." Microsoft added: "All supported Outlook.com account [sic] will be able to see Focused Inbox in the Mail app for Windows 10 starting in February 2017." The update makes no distinction between the app on PCs and phones, so it seems likely that both sets of devices will see the feature being added from next month.

The updated timeline for those customers indicates that the Windows 10 Mobile app won't get support until April, and even then, only for those enrolled in its First Release program. General availability will come after the First Release phase is complete, but it appears that a firm date hasn't yet been set.

For commercial Office 365 customers who use Outlook 2016, Microsoft said: "While we have completed the Focused Inbox feature, we still have some work to complete to deliver the update to Outlook 2016 for Windows. We will update this blog again when we have an updated launch date."

Microsoft added that "Focused Inbox will not be delivered to Outlook for Mac 2011, or the perpetual versions of Outlook 2013 for Windows and Outlook 2016 for Windows."