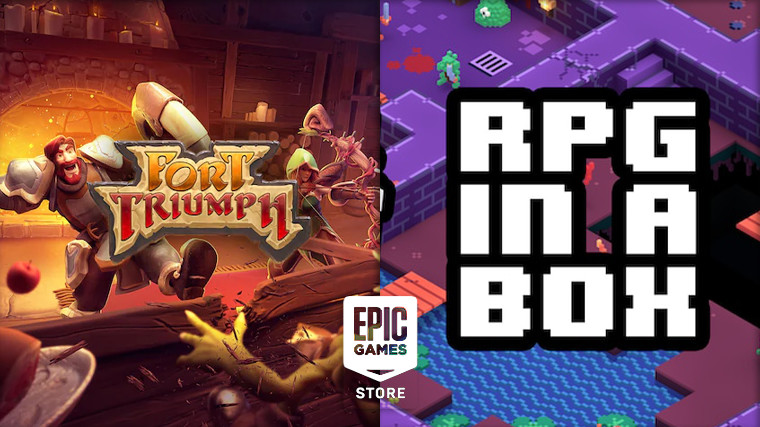 It's giveaway time on the Epic Games Store again, and it has gone back to offering double freebies on the weekly promotion. Replacing Star Wars: Squadrons from last week are copies of Fort Triumph and RPG in a Box, giving PC gamers seven whole days to grab the duo and add them to their Epic Games library.

Fort Triumph is a fantasy turn-based tactics game inspired by titles like Heroes of Might and Magic and XCOM. You will be exploring procedurally generated maps with various character skill types, base building, and more.

Here's how the developer CookieByte describes the experience:

Lead a band of heroes with different skill sets through a witty, parody fantasy plot. Missions with various objectives are waiting for you on tiled procedural maps—whether in story mode or skirmish, prepare yourself for a grand adventure.

Up next is a copy of RPG in a Box, an accessible toolset for those who want to dive into building games and other interactive experiences without the need for any programming knowledge. The software touts a map editor, a voxel editor, visual scripting, camera and combat systems, plus tools for building branching dialog, themed UIs, sound effects, and more.

The software is designed with a fun, beginner-friendly approach in mind as to not require any programming or modelling knowledge, while still providing a wide range of customization and openness. You can export your game to a standalone format for Windows, Linux, and MacOS, allowing others to play it without needing to own RPG in a Box!

When they are not being discounted, RPG in a Box software costs $29.99 to purchase while Fort Triumph comes in at $19.99.

Both Fort Triumph and RPG in a Box can now be claimed from the Epic Games Store for free. The giveaway lasts until next Thursday, December 8, which is when the next freebies, Saints Row IV Re-Elected and Wildcat Gun Machine, will take their place.