A few days ago, images surfaced of a sleek, unannounced Windows phone, published by Evan Blass, better known as serial leakster @evleaks. The device was said to have been in development by Dell, featuring 'a laptop-class Intel processor', but little more was revealed about the unnamed handset.

But today, Evan has shared more details about the device on VentureBeat, referring to it as part of a combined effort by Dell and Intel to develop a new product line known internally as 'Dell Stack'. 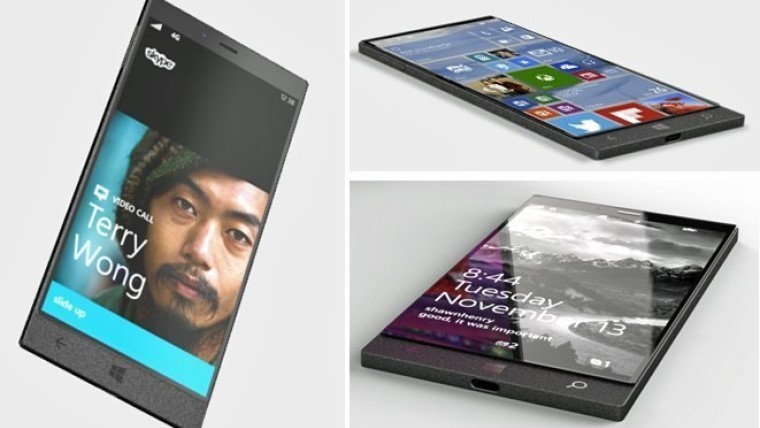 Stack was originally conceived as a sleek 6.4-inch device with Full HD resolution that could fill the needs of desktop, notebook and tablet users in a single package, by offering powerful hardware in a compact form factor, combined with Microsoft's Continuum feature from Windows 10 Mobile.

Continuum allows users to connect a smartphone to a larger display, offering a separate PC-like user interface - including a desktop and Start menu - that can be controlled with a mouse and keyboard. With Stack, users would therefore be able to carry their digital lives with them, connecting to a bigger screen as needed, with plenty of processing power and system resources to perform most of the computing tasks that the majority of users would routinely.

High-end Windows 10 Mobile devices like HP's new Elite x3 support this feature today, but they do so with processors built on ARM architecture, like Qualcomm's Snapdragon 820, rather than running Intel chips.

In order to offer a convincing replacement for separate desktops, notebooks and tablets in a single package, ARM chips were not considered sufficiently potent, requiring an Intel x86 alternative instead. According to Evan, Dell envisaged 'built-to-order' devices with Kaby Lake chips from Intel's Core m3, m5 vPro and m7 vPro familes, along with 4GB or 8GB of RAM, and 128GB or 256GB SSDs, and a microSD card slot to further expand storage. Additionally, they would have 8MP rear and 5MP front-facing cameras, as well as an iris scanner supporting Windows Hello biometric authentication, all crammed into a body no thicker than 9mm.

When development began in mid-2014, Stack devices were conceived for the business market, but in the longer term, the plan was to make them available to consumers too.

But the report adds that some changes were made during the development process. The 6.4-inch handset became a 7-inch tablet, but a second-generation model was conceived further down the road with a 6-inch display and full telephony capabilities, again including x86 chips.

However, it's far from clear if Stack is still on Dell's roadmap as a deliverable product. Citing internal documents, the report states that the project originally planned to bring products to market in early 2017. But there seem to be some doubts over whether or not Intel is still directly involved in the project, after its retreat from the mobile processor market earlier this year, but given that development focused on using Intel's laptop-class Kaby Lake chips in the device, Dell may still be pressing ahead with its efforts.

A further issue that remains unclear is that of which version of the OS would run on the device. Windows 10 Mobile doesn't yet support x86 processors, but the full version of Windows 10 isn't intended to run on devices with displays smaller than 7 inches. If - and it's a big if - the Dell Stack is intended to go on sale at some point in the future, it will surely require Microsoft to bring x86 support to its Mobile OS.