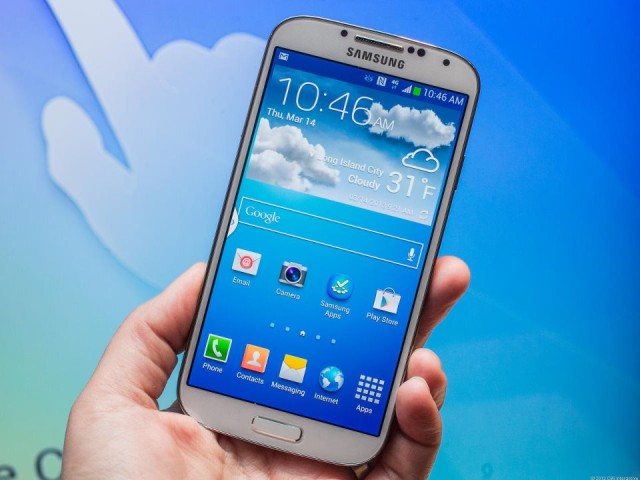 Samsung's brand new flagship smartphone, the Galaxy S4, is now on sale in both the U.S. and UK. The S4 will be available online with Sprint and in-store with AT&T in the U.S., and on EE and O2 in the UK.

Now Network subscribers who missed out on pre-orders may need to consider heading over to Sprint's website to get hold of the device. Those porting their number over to the Sprint network, however, will need to cough up $100 for the privilege. In the U.S. we have already seen delays in the launch of the device.

In the UK, the release has been met with unprecedented demand, however carriers have received fewer handsets than orders to fulfill. A spokesperson for the UK's first 4G network, EE, told CNET UK:

We've seen huge demand for the Galaxy S4, but unfortunately we have received fewer devices than anticipated. We're currently prioritising pre-order customers on a first-come, first-served basis, and we're working with Samsung to fulfil all remaining pre-orders as swiftly as possible.

The situation continues with the UK's most-subscribed mobile network, O2 (part of the Telefonica group), with a spokesperson commenting:

Despite the expected issues with demand on its launch day, the S4 has thus far been met with positive reviews, beating out many competitors in benchmarks and tests.

The unwavering quest for ultimate smartphone processing power Samsung pursues doesn't stop with the Galaxy S4. The device, depending on your region, will ship with either a Qualcomm Snapdragon 600 or Samsung Exynos 5 processor. Coupled with 2GB of RAM, a roomy 2,600mAh battery and either 16, 32 or 64GB storage (with further compatibility for a microSD card), the S4 is built to be the most powerful Android device on the planet.