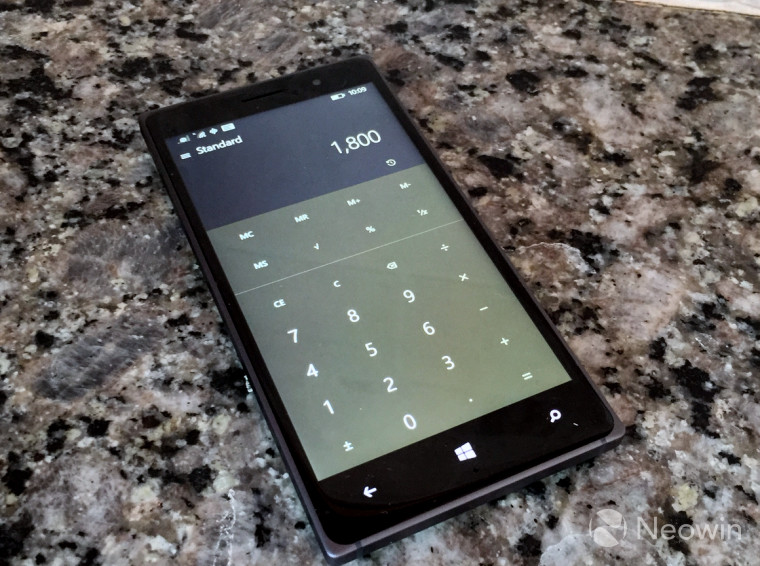 The first build for Windows 10 Technical Preview for Phones launched a couple of days ago for a limited number of devices, bringing a plethora of changes, features and improvements to the OS. These features include a revamped UI, a redesigned keyboard and a new built-in file manager, but there are several other smaller, albeit welcome changes as well including the improved stock calculator app.

The previous calculator app for Windows Phone 8.1 was quite limited in features, allowing Windows Phone users to perform only a limited number of basic and scientific calculations. However, the redesigned and vastly improved calculator in the first technical preview of Windows 10 for Phones takes productivity to a whole new level. The calculator can perform several operations including: 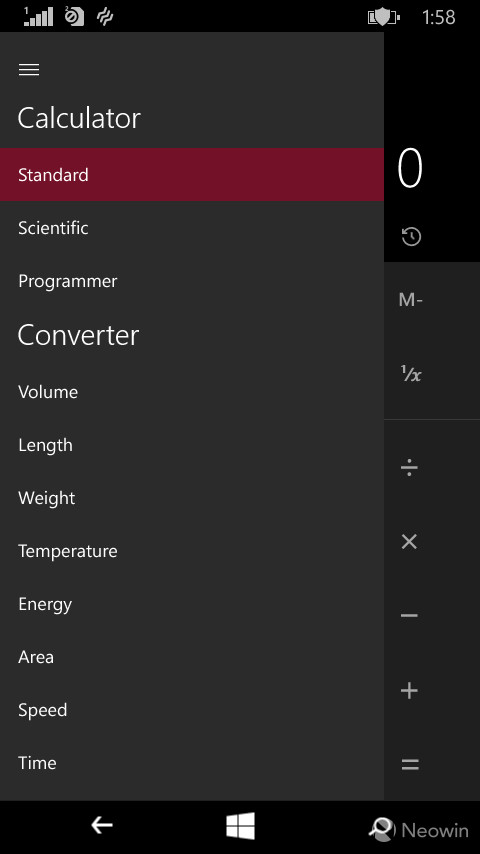 However, one of the most impressive additions to the stock calculator is the 'converter'; also present in Windows 10 for desktop. As the name implies, it comes in quite handy when one needs to perform conversions related to:

All these different type of calculators and converters can be accessed by tapping on the menu button in the top left corner of the app. It will surely come in handy in times of need, especially for students, programmers and engineers. The UI of the app is also cleaner and consistent with that of Windows 10 for desktop, which further emphasizes on Microsoft's initiative to unify the Windows OS. 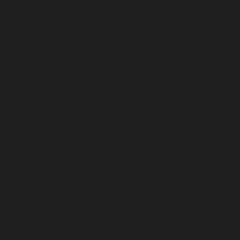 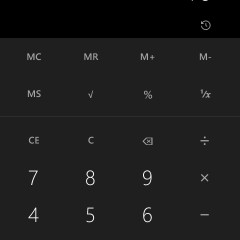 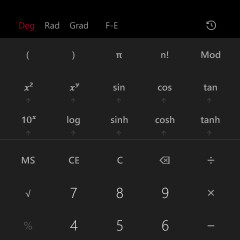 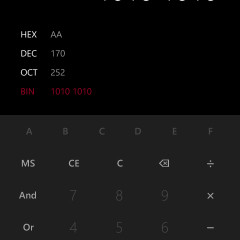 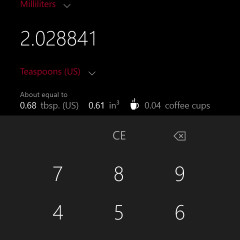 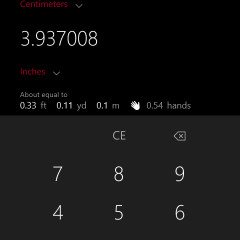 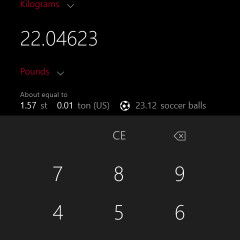 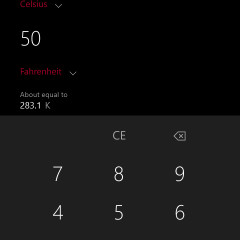 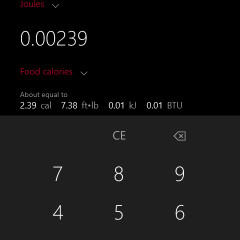 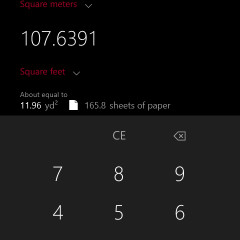 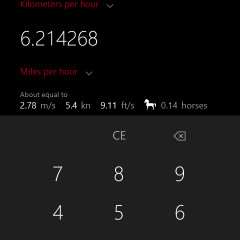 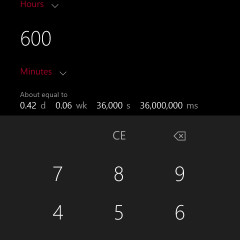 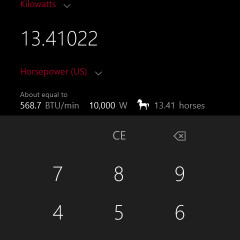 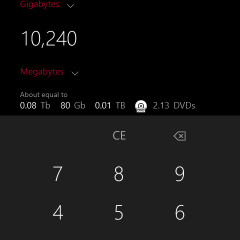 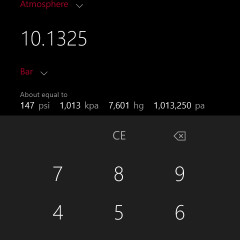 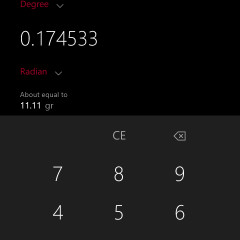 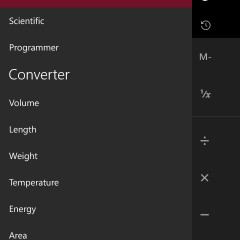